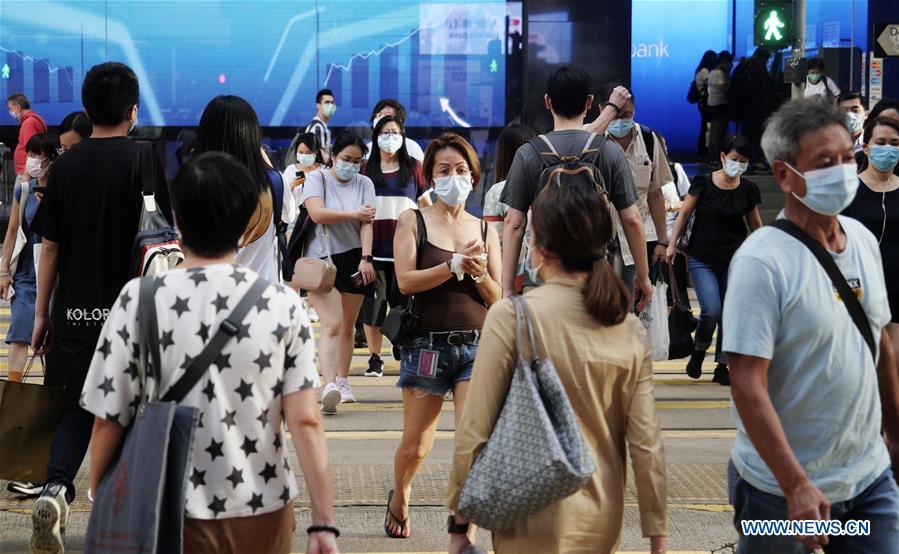 Limited returnee quotas will be offered at the beginning of the scheme's launch as currently only two land checkpoints at Shenzhen Bay and Hong Kong-Zhuhai-Macao Bridge are in operation, she told reporters before an Executive Council meeting.

Noting that Hong Kong's COVID-19 testing capacity was unlikely to be universally utilized in the short term, the government planned to conduct regular testing for targeted groups.

Lam said starting this week, the Airport Authority will trial a rapid COVID-19 testing mechanism for arriving visitors. Currently, passengers have to wait at the airport for eight to ten hours for results, or even overnight at a hotel, Lam said. The CE assured that rapid testing will in no way compromise the quality and all pandemic-control standards will be met.

In an effort to bring down imported cases of infection, Lam said the government is considering to put Spain and Italy on a list of high-risk countries. Currently, 14 countries are on the list.

Lam also said that a planned travel bubble with Singapore will be set up in November.

More people will be allowed to sit at the same table in bars and restaurants as well as letting them stay open later, Secretary for Food and Health Sophia Chan Siu-chee told reporters on Tuesday.

From Friday, restaurants will be allowed to stay open until 2 am with six people permitted at a table, up from four, Chan said. Bars also will be open later with the limit on patrons doubling to four per table.

Hong Kong also eased its rule mandating face masks for people exercising at indoor venues but a four-person limit on public gatherings will stay for another week.

Leisure and Cultural Services Department will soon announce the reopening of beaches.

The financial hub reported five new COVID-19 cases on Tuesday, bringing the overall tally to 5,308, the Centre for Health Protection (CHP) of the Department of Health said in a press release.

All five cases were imported and involved patients aged between three and 32. Four of them were from India and one from France, according to the release.