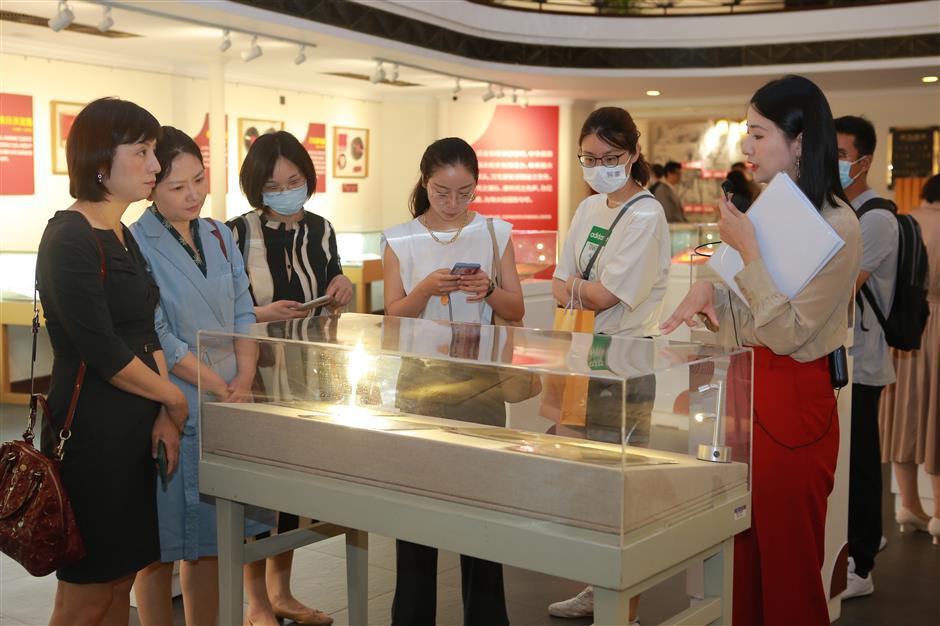 Visitors listen to stories behind exhibits. 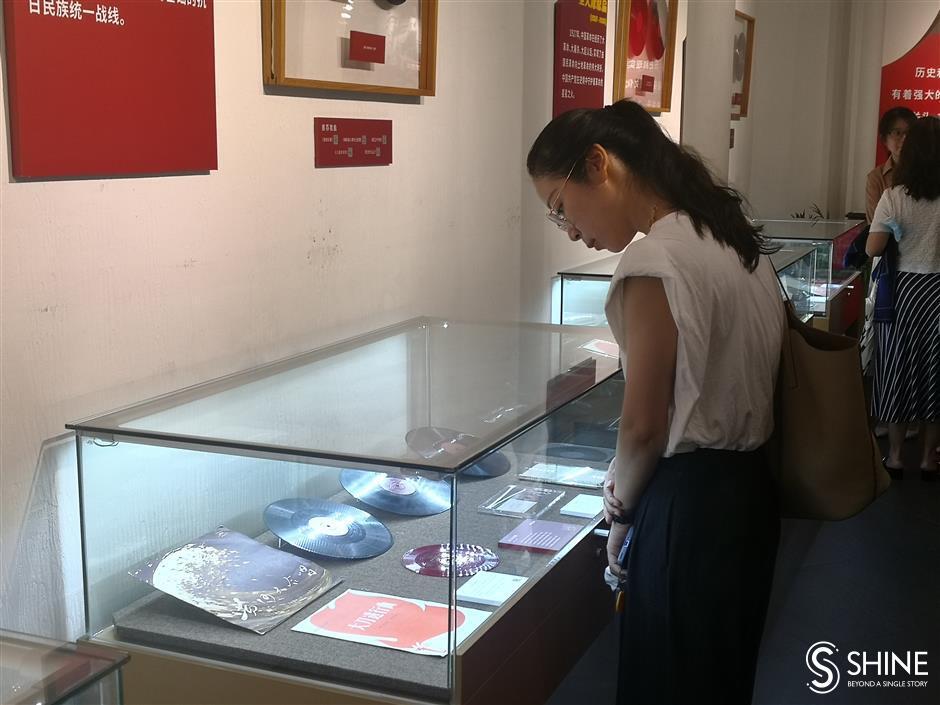 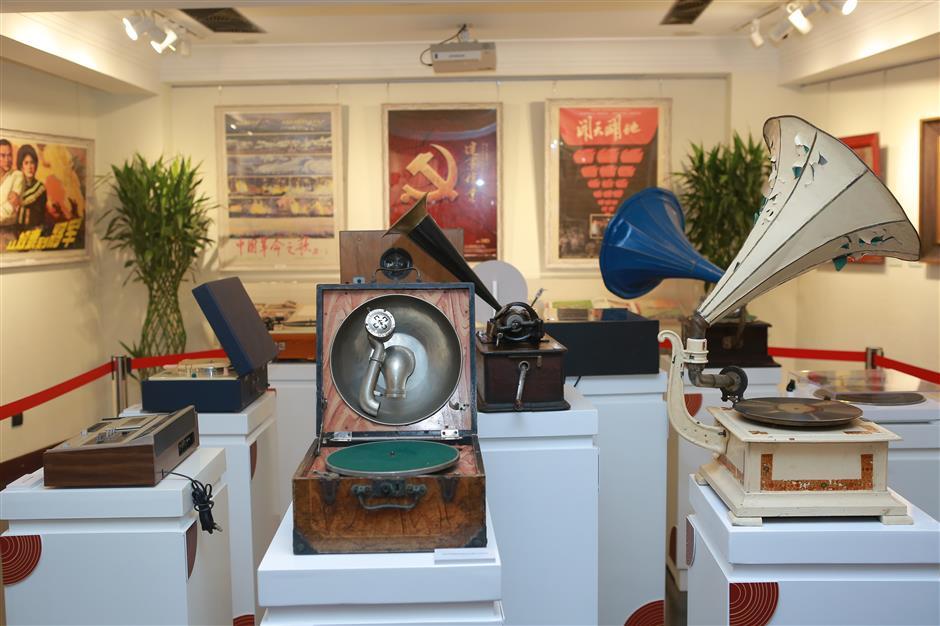 An exhibition with melody and film posters opened at the Wukang Road Tourist Information Center in Xuhui District today to celebrate the 100th anniversary of the founding of the Communist Party of China.

It features nearly 200 vinyl records, some bearing precious recordings such as a speech made by Chairman Mao Zedong on October 30, 1949, and speeches delivered by Vladimir Lenin between 1919 and 1921.

Visitors can listen to the melodies of nearly 100 songs related to the city's revolutionary history, and learn stories behind them via documents. 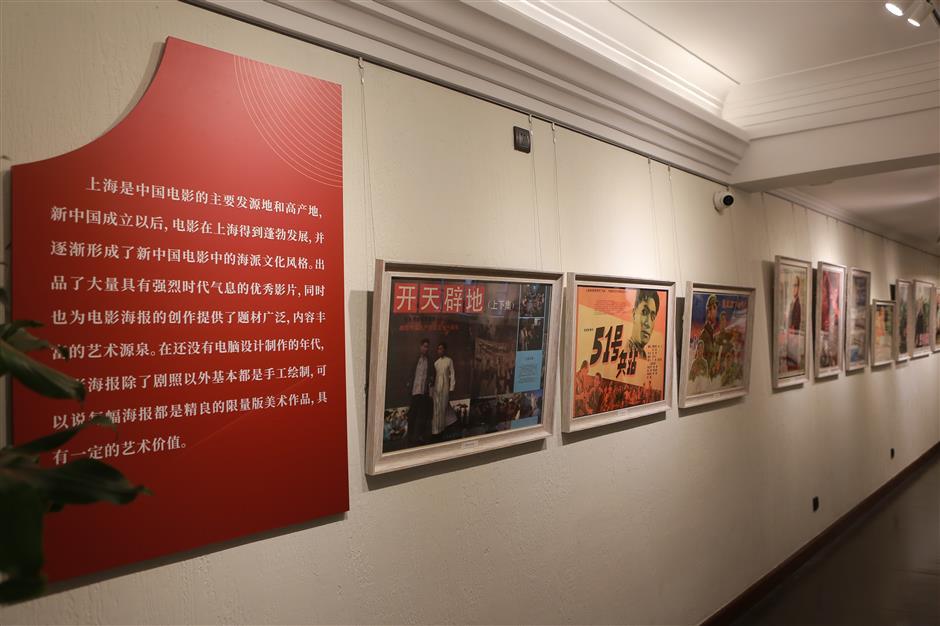 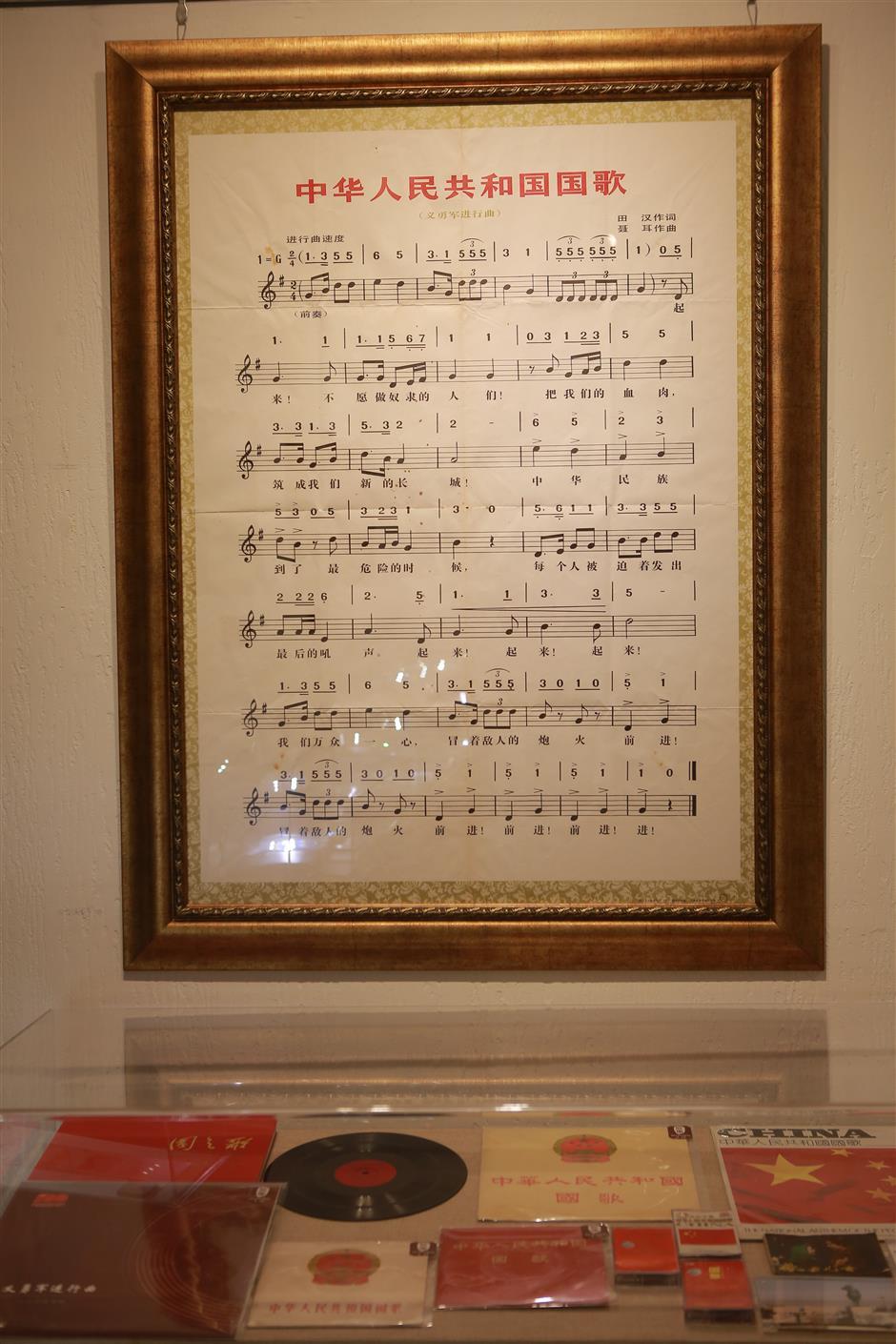 Musical score of "March of the Volunteers," the national anthem of the People's Republic of China.

The exhibition at 393 Wukang Road, hosted by the Xuhui District Culture and Tourism Bureau, is free and runs through July 2.

Cultural activities, including a lecture and concert, will be staged during the exhibition.