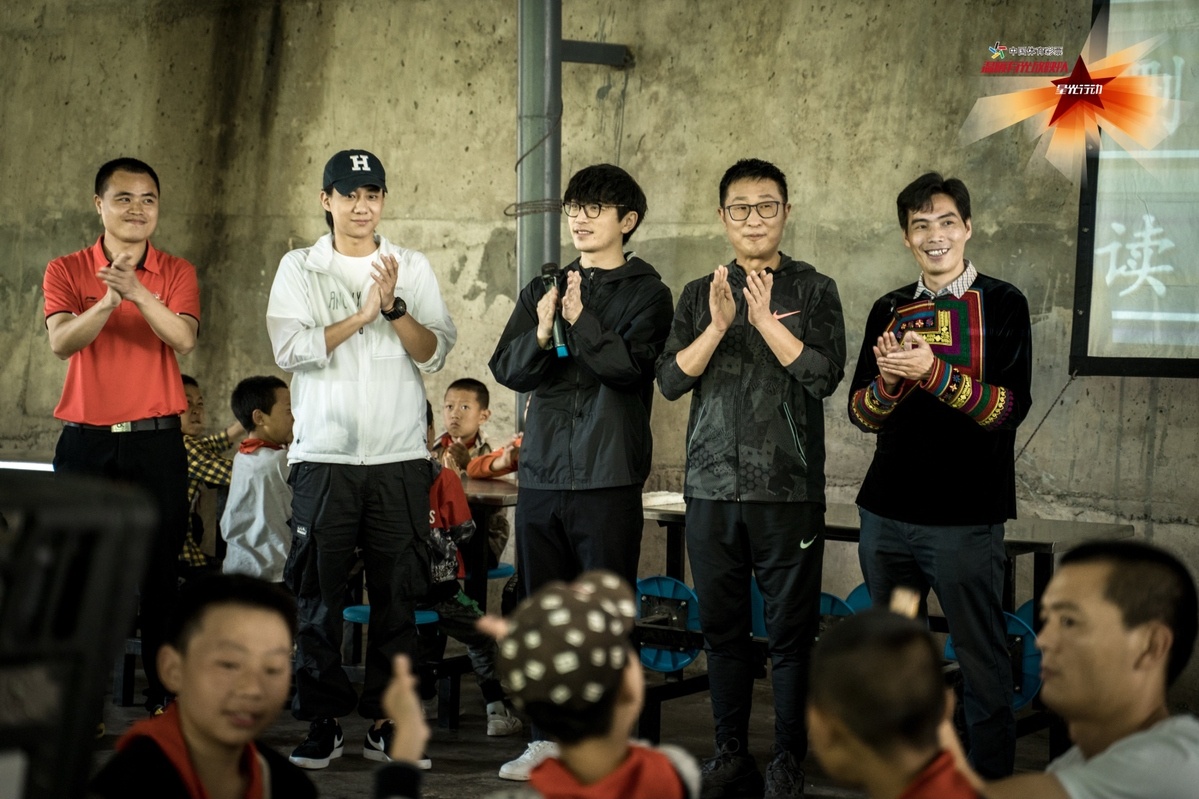 China Movie Channel, the country's flagship broadcaster specializing in films, has teamed up with China Sports Lottery to organize stars to screen movies outdoors for villagers in far-flung areas, as part of the country's poverty eradication mission.

The practice– which started in June -- is recorded in the documentary program Wennuan Youguang Fangyingdui (Film-screening team brings light to audiences' hearts), which will be released on the movie channel CCTV-6 on Aug 8.

A lot of celebrities from film and sports circles have joined the screening team, which has traveled to rural areas in 10 cities, ranging from Tengchong in Yunnan province to Yinchuan in Ningxia Hui autonomous region. 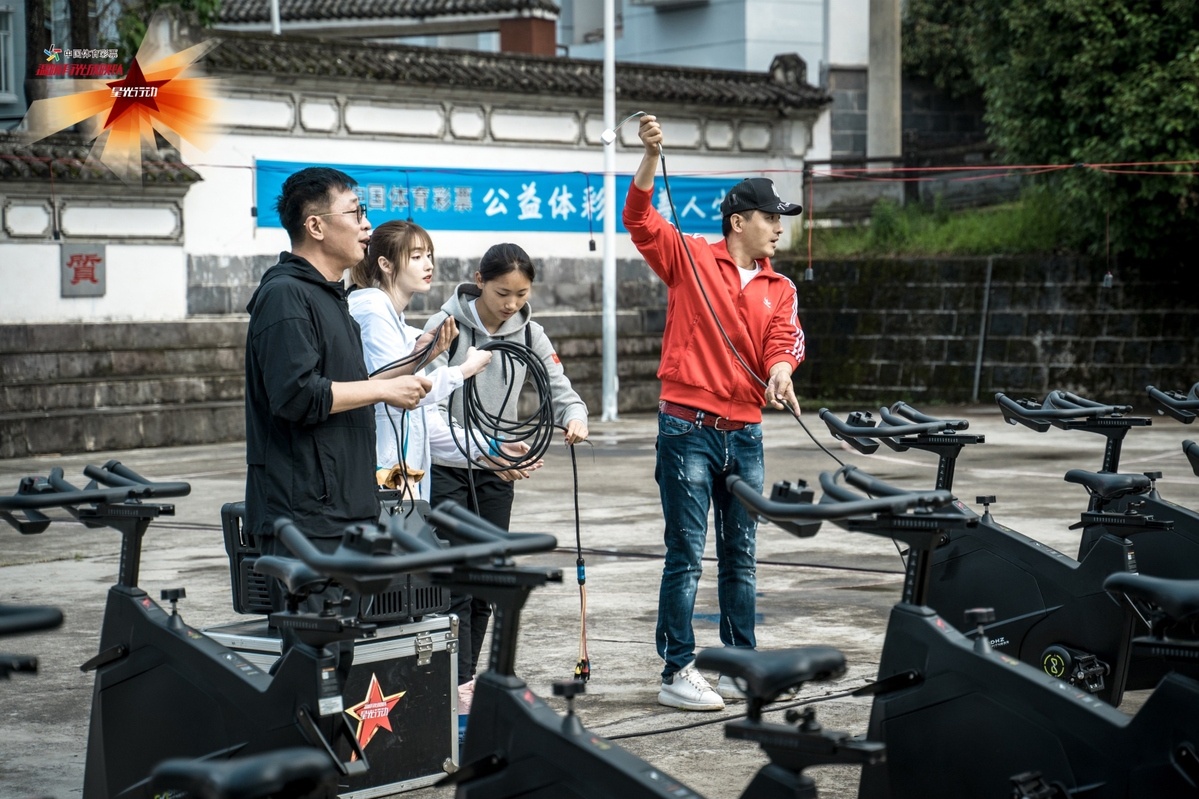 Celebrities gather for a China Movie Channel program to screen films outdoors for free for villagers.

At a launch ceremony held in the China National Film Museum on July 29, Guo said outdoor screening was one of his favorite childhood entertainments while growing up in a town in Shandong province.

As the country is still exercising strict COVID-19 prevention measures, Guo said he believes outdoor screenings are an effective way to satisfy villagers' yearning for cinematic content, as well as reducing infection risks.

One of the highlighted films screened outdoors includes To the Fore, a sports film about bike racing starring Eddie Peng.