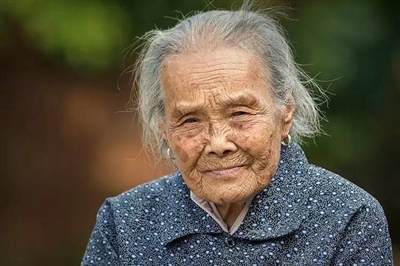 A centenarian in a village of South China's Guangdong Province was mourned for devoting age-old love and dedication to see her mentally challenged sons through for more than half a century. Mai Ronghuan, always said, “My biggest wish is for my babies to call me Mom."

According to Guangzhou Daily, Mai passed away on the morning of June 30. Her eldest son, Aman, died May 2016. Mai was cremated at the Zhongshan Funeral Home, with her youngest son, Afu, safe and provided for as she has always wished.

Mai was born in 1918. Her parents died when she was seven, and she was subsequently raised in her uncle’s house, who ended up arranging her into marriage to a man 17 years older.

A few years after Mai got married, she gave birth to a daughter and two sons. Worse but not the worst, both Mai’s sons have congenital mental deficiencies. Bad luck never strikes alone, Mai’s husband and daughter passed away due to illness.

Mai began caring for her offspring alone. Soon she realized her two sons needed to learn essential life skills. Before long she was on a 30-year journey teaching them how to cook. By then, Aman was 50 years old.

Ultimately, life took another fateful turn. On May 18, Mai was hospitalized following a fall in the ICU, according to Zhong Qiulan, a volunteer at the Guangdong Bohua Disabled Persons Support Foundation. Mai’s health took a turn for the worse, following a deterioration in her appetite and mental faculties.

"When looking in a dusty cupboard, we found photos of herself and her son, Afu. When her eldest son passed, she knew she had to prepare the photo in case she passes away," Zhong said. The foundation began to look after Mai from September 2014, he added.

Zhong recalled Mai being talkative, always, and optimistic even after she turned 90. She said the one thing Mai worried about the most was her son Afu, and the fact he was growing old.

“Now, no one needs to worry about Afu's welfare and daily life. Afu's overall security is no problem," said Huang Liujun, secretary of the Party Branch of Xiqiaobu Village, Dongfeng Town, Zhongshan City.

Huang stated Afu will have around 2,300-yuan worth of assistance from welfare from the village committee and other sources to ensure Afu’s well-being after the death of his mother.