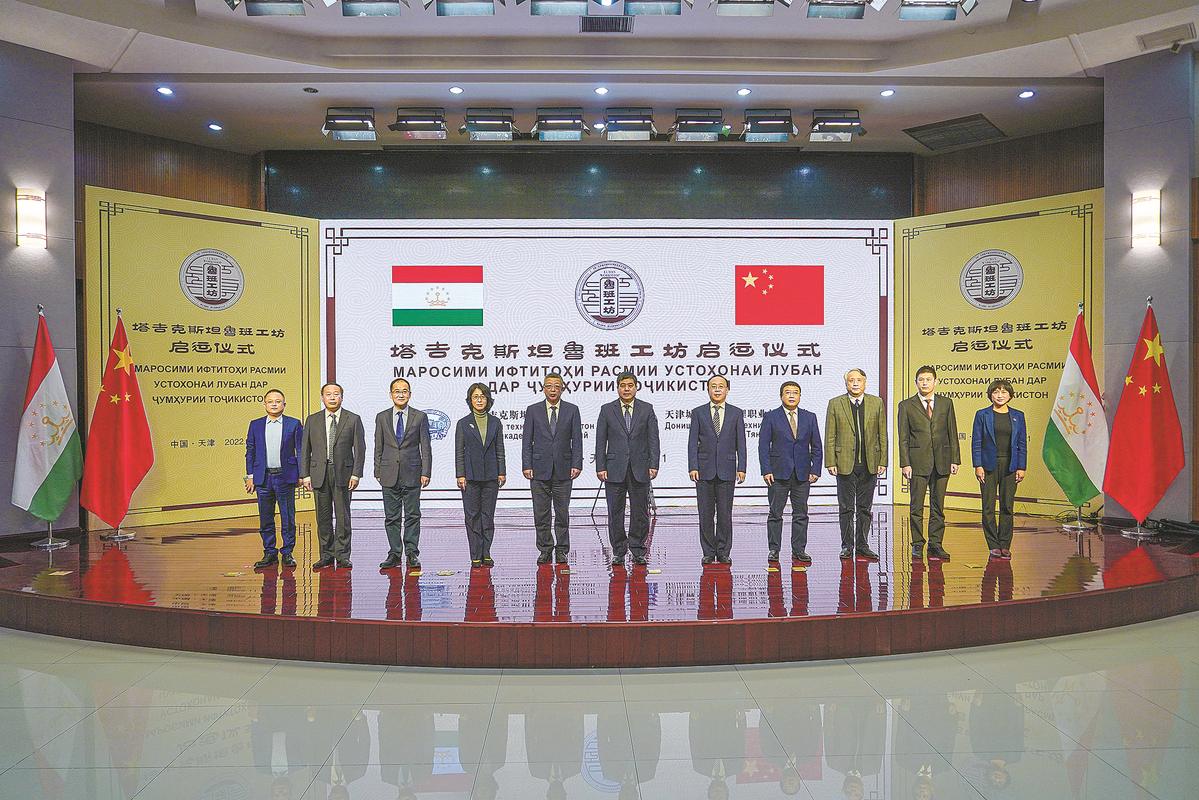 Institute will help strengthen ties, train the next generation of technicians

The first Luban Workshop in Central Asia was launched recently in Dushanbe, Tajikistan, and is expected to promote practical collaboration between China and Central Asian countries. The launch ceremony for the workshop, which was jointly organized by the Tianjin Urban Construction Management Vocation Technology College and Tajik Technical University, was held simultaneously online in Dushanbe and Tianjin.

The facility is 1,138 square meters in size and will offer two majors — urban heating application and engineering measurement technologies.

It features two new practice centers — one green and one smart — for students to do projects. Its engineering and practice facilities and online classrooms offer bilingual teaching materials and other teaching resources. Its teachers, who have been trained by Tianjin college, will offer technological and vocational training.

"The workshop bridges the gap between the two countries in terms of vocational and technological education and cooperation, and should become a role model for practical collaborations between China and other Central Asian countries," said Ji Shumin, China's ambassador to Tajikistan.

This year marks the 30th anniversary of the establishment of China-Tajikistan diplomatic ties.

"The Luban Workshop will help enrich culture, deepen communications between the two peoples and boost the quality development of the Belt and Road Initiative," said Wang Xu, Party chief of the Tianjin Municipal Education Commission.

Since late March, three teams from Tianjin have been engaged in preparatory work at the university.

Li Qingbin, Party chief of the vocation technology college, noted that the workshop has benefited from the support of government authorities, companies and colleges in both countries and expressed hope that it would make greater contributions to the development of the BRI.

Tajik Technical University Rector Davlatzoda Qudrat Qambar said that the workshop, which is becoming a leading name in vocational and technical education, has won widespread recognition in political, business and educational circles and expressed his belief that the solid partnership with the Tianjin vocational college will be fruitful.

Named for Lu Ban (507-444 BC), who is regarded as the father of carpentry in China, the workshops aim to train technical professionals worldwide.

To date, 26 Luban Workshops have been set up in 21 countries in Asia, Europe and Africa since the first was established by Tianjin educational authorities in Thailand in 2016.

Twenty-one of the 26 workshops were set up by Tianjin in 20 countries, while the remaining five were founded by vocational and technological colleges from Zhejiang, Shaanxi and Sichuan provinces.