BEIJING, Feb. 27 (Xinhua) -- The central bank will boost support for small and medium-sized banks to replenish capital, increase the lending capacity of the banks and promote the development of the real economy, according to an official of the People's Bank of China (PBOC).

The PBOC, the central bank, has taken a series of measures amid the epidemic, including the intensified open market operations via reverse repos. The short-term liquidity has been largely withdrawn, while liquidity in the banking system remains reasonably abundant, said Liu Guoqiang, vice governor of the PBOC, at a press conference held in Beijing Thursday.

The central bank has set up a special low-cost refinancing facility of 300 billion yuan (about 42.7 billion U.S. dollars) to provide funds to major national banks and some local corporate banks, giving targeted support to enterprises directly involved in the fight against the epidemic.

As of Tuesday, 1,008 key enterprises had obtained loans, with the real interest rate standing at 1.28 percent, which was lower than the requirement of no more than 1.6 percent stipulated by the State Council, Liu said.

While making full use of the existing policies, the central bank will roll out new ones to support enterprises to resume production, he said. 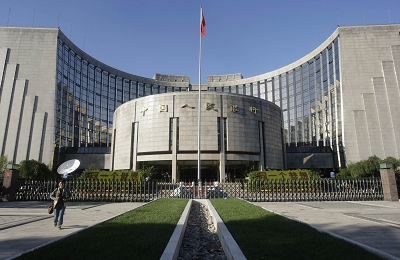