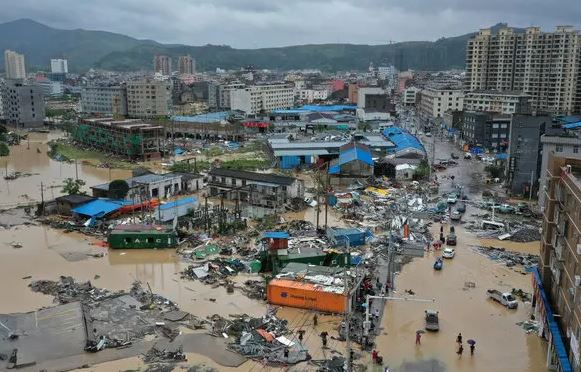 Flood disasters caused by Lekima have inflicted severe losses in Zhejiang, Shandong and Liaoning provinces, according to a statement released Friday by the National Development and Reform Commission.

Lekima first landed in the city of Wenling in Zhejiang of east China on Aug. 10, wreaking havoc as a super typhoon. A day later it made a second landing on the coast of Qingdao in Shandong Province as tropical cyclone.

The total precipitation brought by Lekima reached 133.1 billion cubic meters, causing the water in 92 rivers of eight provinces rising above their warning lines, according to a statement from the Ministry of Water Resources.

As of 4 p.m. Tuesday, some 12.88 million people had been affected, including two million people relocated. Nearly 13,000 houses collapsed and some 119,000 were damaged, while 996,000 hectares of crops were affected, official statistics showed.