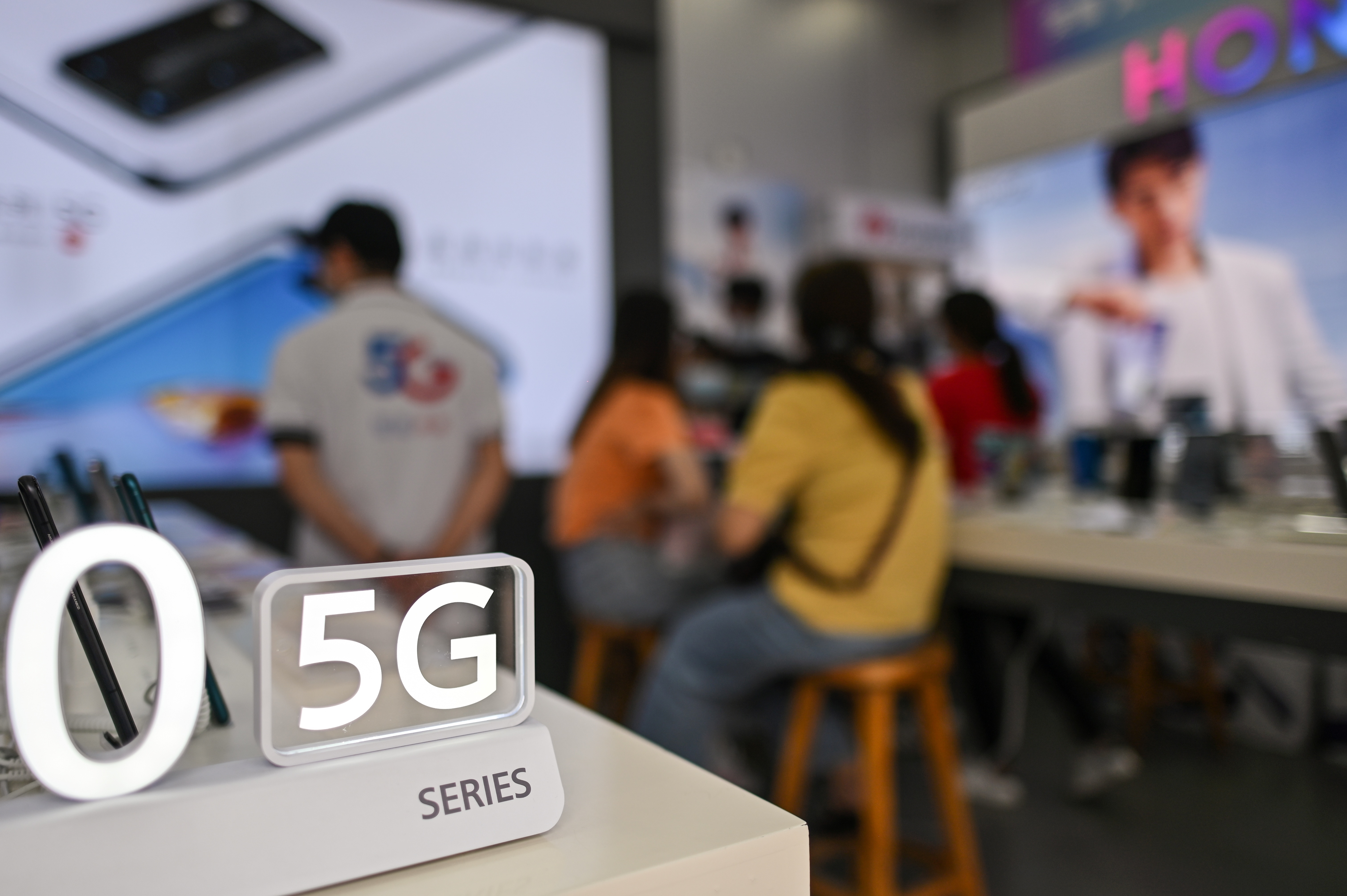 People visit a Huawei store in Wuhan, in China’s central Hubei province on May 26, 2020. (Photo: AFP)

Wuhan city in Central China's Hubei province is to further boost its 5G network coverage, according to a report in the Changjiang Daily.

It is expected that 5G networks will achieve continuous coverage in urban areas and towns, that is non-rural areas, by the end of the year. Key facilities -- including campuses, top hospitals, government departments and large shopping malls -- will achieve full 5G indoor and outdoor coverage.

After the rollout is completed this year, the population coverage rate is expected to reach 94.67 percent and it is expected that 5G network coverage will be fully achieved in urban and rural areas by 2023.

China Unicom has now carried out five free broadband speed-ups and this year's home broadband speed is nearly 10 times faster than that before the fiber optic transformation in 2015.

It has achieved 5G outdoor contiguous coverage of new urban areas and scenic spots outside the Fourth Ring Road, as well as strong coverage in buildings such as large complexes, airports, railway stations and corporate parks.