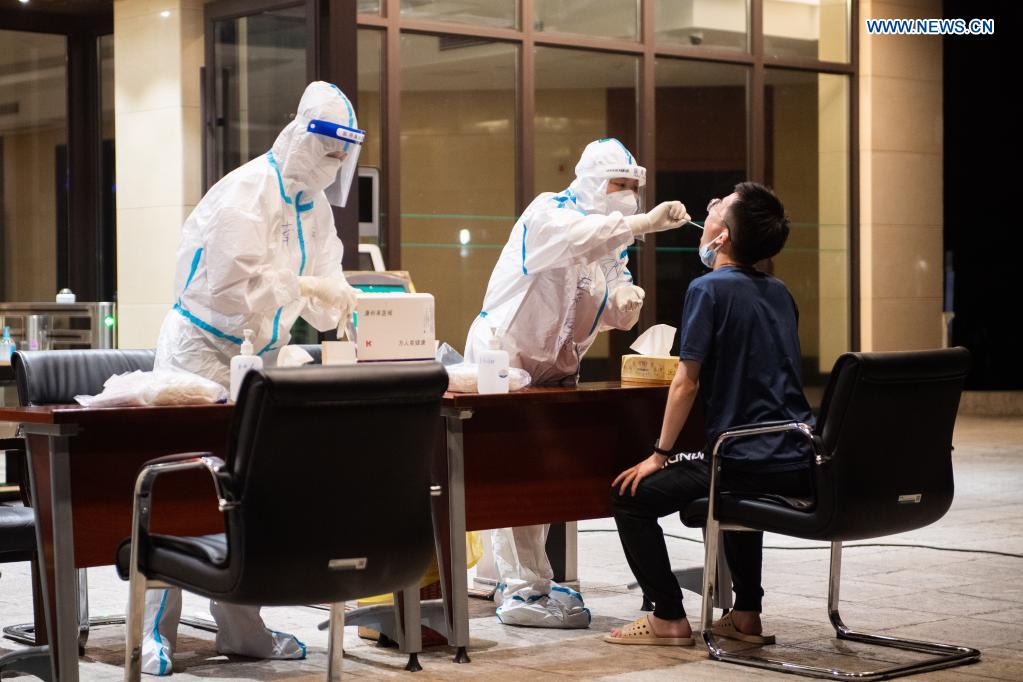 The new round of mass testing covering all residents in the city is expected to be completed by 4 p.m. Tuesday, according to local authorities.

The first round of all-inclusive nucleic acid testing was completed at around 5 p.m. last Saturday with over 1.24 million samples collected.

Prior to that, the city had launched three rounds of large-scale testings in higher risk areas for COVID-19 after new infections emerged.

In the latest all-inclusive testing, one-on-one testing is carried out among people in the core high-risk areas, under centralized isolation, or those holding red health codes. Other areas will adopt a five-in-one or ten-in-one mixed testing approach.