He says he has been aware of this city's investment potential for years, but couldn't seize the opportunity. “Before, very few chateaus were willing to make direct deals with me, because it was too complicated. I had to declare my imported wines in Qingdao. That took 10-15 days. Then I'd have them delivered to Zhengzhou. Now everything can be done here in one day thanks to the FTZ. It takes only one day, and saves money," said Xu. Xu isn't the only one to see the city's economic boom. Zhengzhou was a small county seat in the 1940s, but later it became the capital of Henan Province, benefiting from its location along the Beijing-Guangzhou railway line. Now it doubles as a transport hub.

Today, the inland city has begun implementing a three-dimensional traffic system and modern logistics system with the hope of becoming a link to all regions in China and bringing even more cross-border trade.

Zhengzhou plans to use its strategic location to build a stronger regional logistics center, and to accomplish this, the city launched the Zhengzhou-Germany cargo train service in 2013. Over the past five years, more than 755,000 tonnes of cargo, with a value of nearly eight billion US dollars, have been transported via the route.

Shi Fenghua, vice manager of the Zhengzhou Railway Container Terminal, said, “In 2013, the trains made one round trip every week. Now they make eight. Our future plan is to expand our business to countries like Belgium and Vietnam.” In 2014, a new "Air Silk Road" was established in Zhengzhou, unlocking more trade potential with Europe. Now, cargo planes transport food, electronics and more from Zhengzhou to Luxembourg on one of 16 weekly flights. 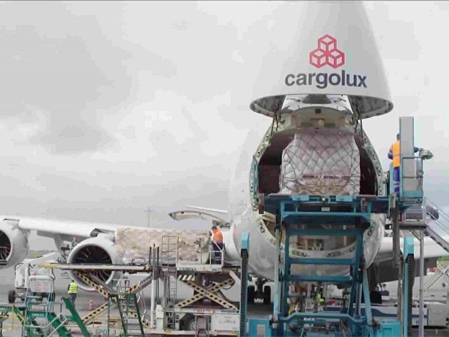 The products then enter local markets at favorable prices. They are also delivered to other provinces based on Zhengzhou's logistical advantages. With Henan's agricultural roots and advantageous location, its importance in China's opening-up can surely only increase.