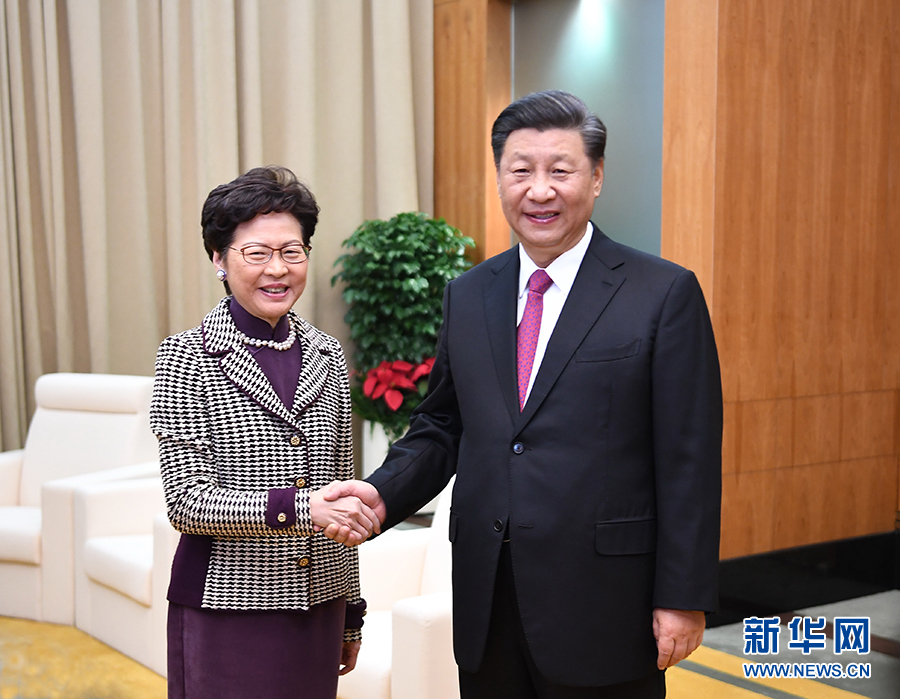 Xi made the remarks while meeting with HKSAR Chief Executive Carrie Lam and some officials of the HKSAR.

The central government fully supports the HKSAR's future work plan put forward by the chief executive during her duty visit to Beijing earlier this week, Xi said, expressing the hope that all government departments of the HKSAR, under the leadership of the chief executive, will continue to perform their duties while closely coordinating with each other.

"The central government fully acknowledges your courage and sense of mission during the special period for Hong Kong," Xi told Lam.

Lam, who is here to attend celebrations of Macao's 20th anniversary of return to the motherland, pledged to lead the SAR government to continuously stop violence and restore social order as soon as possible.