BEIJING/HONG KONG, Aug. 4 (Xinhua) -- A central government spokesperson on Sunday strongly condemned the egregious acts of flinging the Chinese national flag into the sea committed by some radical protesters in Hong Kong.

Black-clad, masked protestors removed the Chinese national flag from a flagpole in Tsim Sha Tsui and later flung the flag into the water Saturday, said the spokesperson for the Hong Kong and Macao Affairs Office of the State Council. 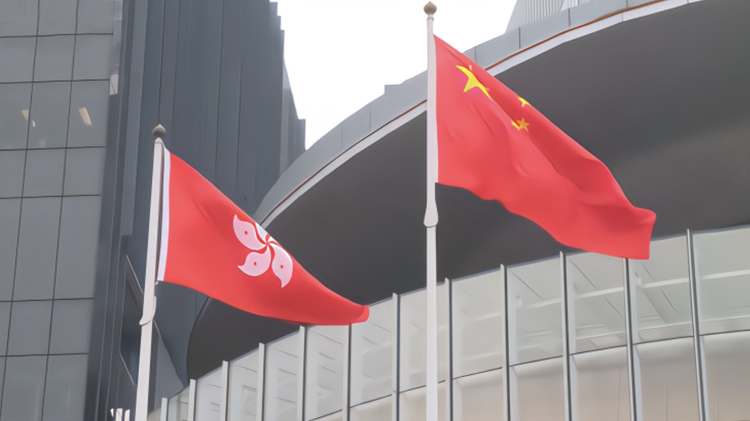 "The acts have seriously violated the National Flag Law of the People's Republic of China and the National Flag and National Emblem Ordinance of the Hong Kong Special Administrative Region (HKSAR)," said the spokesperson. "Their conduct has blatantly offended the state and national dignity, wantonly trampled on the bottom line of the 'one country, two systems' principle, and greatly hurt the feelings of the entire Chinese people, including Hong Kong compatriots."

The spokesperson expressed strong indignation over the acts.

"We firmly support the HKSAR police and the judicial organs in decisively enforcing the law, strictly administering justice and bringing offenders to justice as soon as possible," said the spokesperson.

The ugly flag-insulting acts by a very small number of radicals showed once again that they have gone far beyond the realm of free expression and slipped into the abyss of criminality, said the spokesperson, stressing the acts must be severely punished in accordance with the law, without leniency.

The Liaison Office of the Central People's Government in the HKSAR also strongly condemned the illegal acts of insulting the Chinese national flag and challenging national sovereignty by some radicals in Hong Kong.

Their acts are another public provocation against the state dignity after some radical protesters besieged the building of the liaison office and defaced the national emblem on July 21, the office said in a statement.

Such lawless evil deeds must be severely punished in accordance with the law, the office said.