BEIJING, July 2 (Xinhua) -- A spokesperson of the Hong Kong and Macao Affairs Office of the State Council spoke Tuesday of the violent act of storming the Legislative Council (LegCo) Complex in the Hong Kong Special Administrative Region (HKSAR). 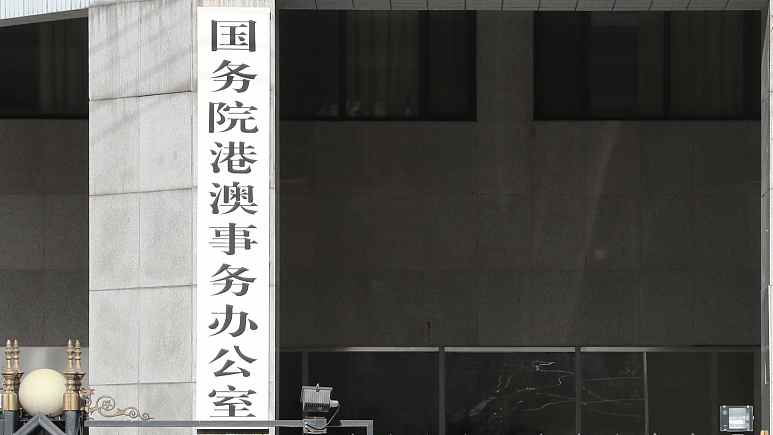 The spokesperson expressed firm support for the HKSAR government and police in handling the incident, and for holding the violent offenders criminally accountable in accordance with the law.

July 1 is a day of great festivity for people from all walks of life in Hong Kong to commemorate the return of Hong Kong to the motherland and the establishment of the HKSAR, the spokesperson said.

Some ultra-radicals, however, under the excuse of opposing the HKSAR government amending related ordinances, stormed the LegCo complex in an extremely violent manner and wantonly damaged facilities there, the spokesperson said.

Seriously violating the law, the act tramples the rule of law in Hong Kong, undermines social order and the fundamental interests of Hong Kong, and is a blatant challenge to the bottom line of "one country, two systems," the spokesperson said. "We strongly condemn this act."

The central government resolutely supports the HKSAR government and police in implementing their duties in accordance with the law, and supports the HKSAR's related authorities in holding the violent offenders criminally accountable in accordance with the law, so as to restore the normal social order at an early date, guarantee residents' personal and property safety, and safeguard the prosperity and stability of Hong Kong, the spokesperson said.