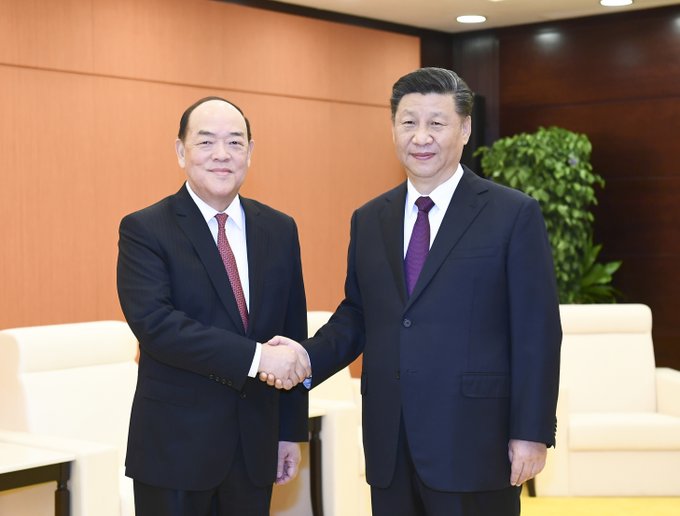 Xi made the remarks during his meeting with Macao SAR Chief Executive Ho Iat Seng, who was just sworn in Friday morning.

"The central government has high levels of trust in you, while the Macao residents hold high expectations for you," Xi said.

The president said he hopes the SAR government, led by Ho Iat Seng, will fully and accurately implement the principle of "one country, two systems," strictly abide by the Constitution and the Basic Law, continuously advance economic development, people's wellbeing and social harmony.

Macao should also actively participate in the Belt and Road Initiative and the development of the Guangdong-Hong Kong-Macao Greater Bay Area, Xi said.