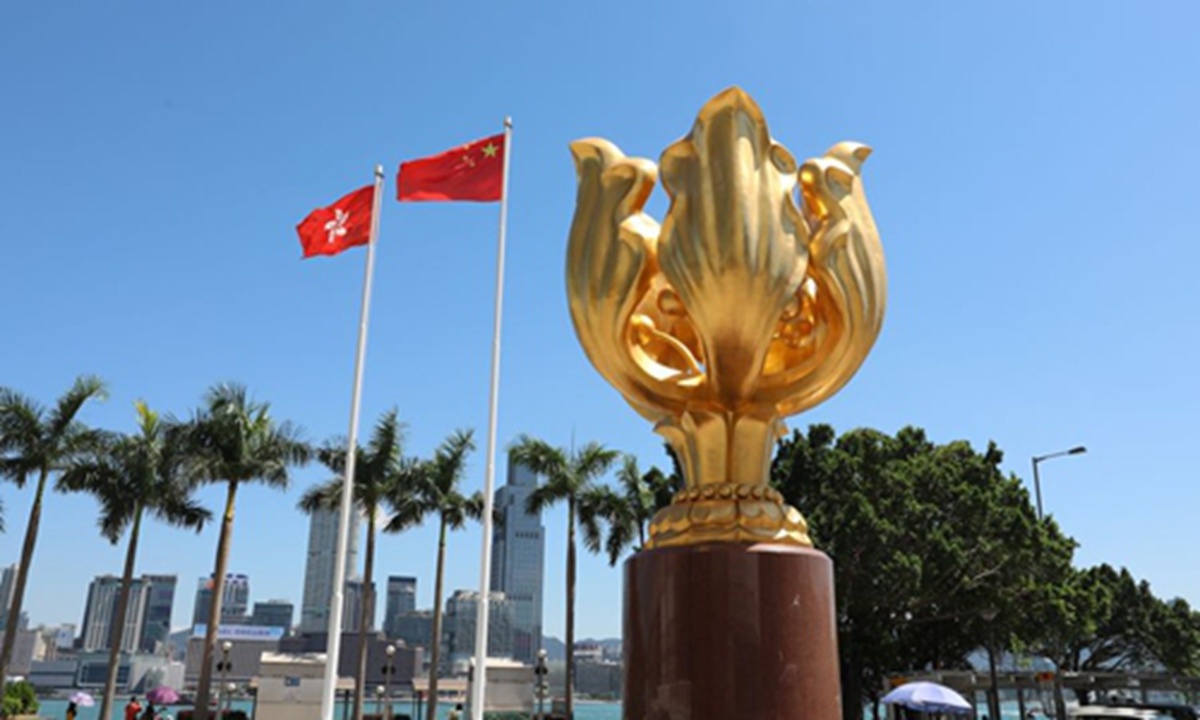 Central government organs, including the Ministry of Justice and Ministry of National Defense, should send a team annually to Hong Kong's schools to organize forums and provide course materials to deepen teachers' and students' understanding of China's Constitution, national security and foreign policy, a two sessions proposal read.

The proposal was made by the Democratic Alliance for the Betterment and Progress of Hong Kong (DAB), a Hong Kong political party.

The team should promote information about the laws to ordinary Hong Kong residents so that the entire society could establish a basic understanding of the Constitution, national defense and foreign policy, read the DAB's proposal.

Foreign policy specialists should be sent by the Commissioner's Office of the Chinese Foreign Ministry in the Hong Kong Special Administrative Region, the proposal read.

Tang Fei, principal at Hong Kong's Heung To Secondary School (Tseung Kwan O), told the Global Times on Thursday that he absolutely supported the idea of sending Chinese mainland legal specialists to promote related laws in Hong Kong schools, which is professional knowledge that Hong Kong society is unfamiliar with.

"Legal knowledge actually should have been promoted long ago," Tang said.

Tang, who had just finished a lecture on the national security law for Hong Kong to local primary school teachers, said that his school was the first Hong Kong school to invite the People's Liberation Army (PLA) Hong Kong Garrison to lecture on national defense to all faculty members and students starting in 2018.