More than 400,000 tonnes of freight have traveled across the border on the meter-gauge railway connecting China and Vietnam so far this year, latest figures show. 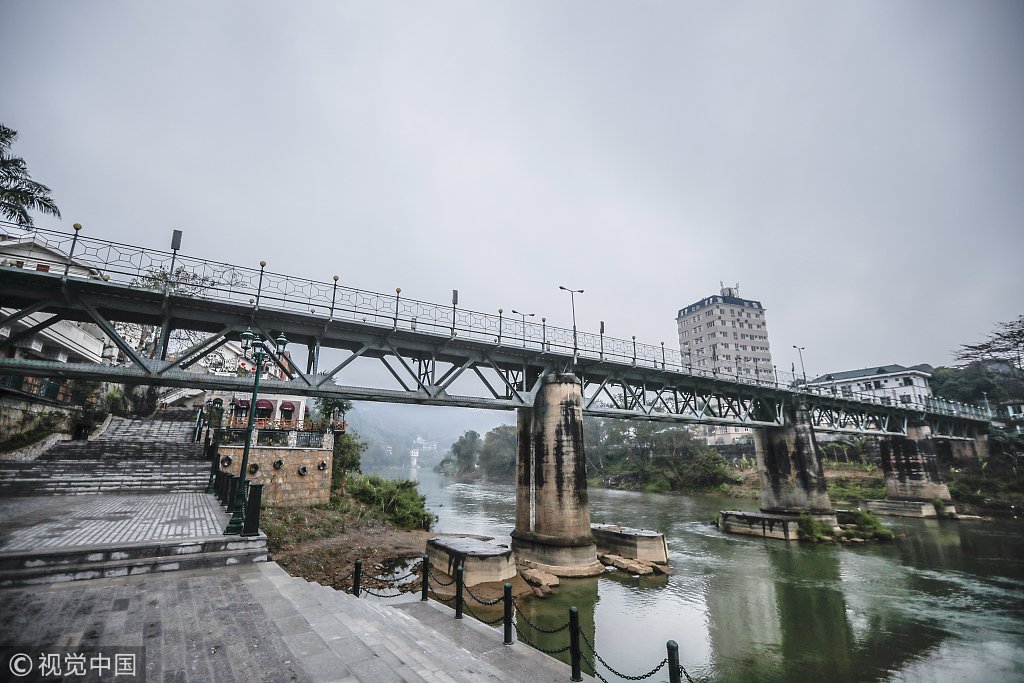 Of that amount, more than 250,000 tonnes were exported from China, a year-on-year increase of 13.26 percent, according to China Railway Kunming Group Co., Ltd.

Launched in 1910, the China-Vietnam meter-gauge railway is an important international passage between China and Southeast Asia. After a series of discussions, a regular freight train was launched in December 2017 between southwest China's Kaiyuan County and Vietnam's coastal city of Haiphong, to meet growing freight demand.

A variety of goods, such as chemical fertilizer, coke, fodder and seamless steel tube, have been transported on the 615-km-long railway route since its opening.

The rail route, with a 1,000-mm-wide track, was built by France during 1904-1910 in the mountainous region. It is currently the only major rail line in China using a 1-meter-wide track. The global standard for rail track width is 1,435 mm.