CHINA CEO of Blackstone Group on US-China tariffs: I don't think there will be a trade war

CEO of Blackstone Group on US-China tariffs: I don't think there will be a trade war 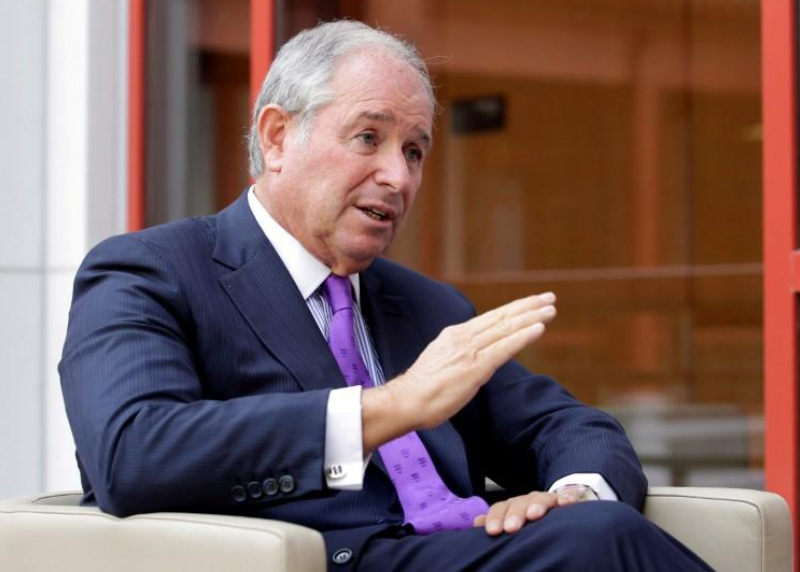 For the last three days, business leaders from around the world have gathered in Beijing for the China Development Forum.

CGTN's Tian Wei caught up with Stephen Schwarzman, chairman and CEO of The Blackstone Group, to talk about the recent China-US trade tensions.

"I don't think there is going to be a trade war, I think Chinese are sufficiently, measured and intelligent. Of course they will respond or something, but I don't think China's interest or the world's interest for this to escalate," said Schwarzman.

Tensions between the two countries are a result of the  Trump administration's decision to impose tariffs of up to 60 billion US dollars on Chinese imports, under the reasoning that China is conducting a state-run scheme to steal intellectual property forcing technology transfers.

Many US businesses – from retailers to car giants to farmers –  have disagreed. They know that if China retaliates they could be hit hard. However, the US side continues to push, and it seems that Trump's agenda is not clear.

"I think the agenda is simple, which is to normalize the relations between the two countries and have something that's fair, there should be no one who believes 3:1 balance in favor of one country versus another in terms of friction to enter their country, it should be reasonable," said Schwarzman.

He said at the end of day the White House will treat the China-US relations with logic: "I think that logic should prevail, because we all have to live in the world together, and we are all looking for productive way to do that, so I realize this is a great opportunity for the media be focused and be sort of potentially intensify."

"I don't think there is a need to inflame the situation from the other side, this is an opportunity for both countries to engage, to have a positive long-term outcome," said Schwarzman.