CHINA Ceremony signals it's time to grab some crab

Ceremony signals it's time to grab some crab

With a ceremony held on Monday morning for the first harvest of hairy crabs from Yangcheng Lake came the long-awaited annual season for eating the freshwater crustaceans. 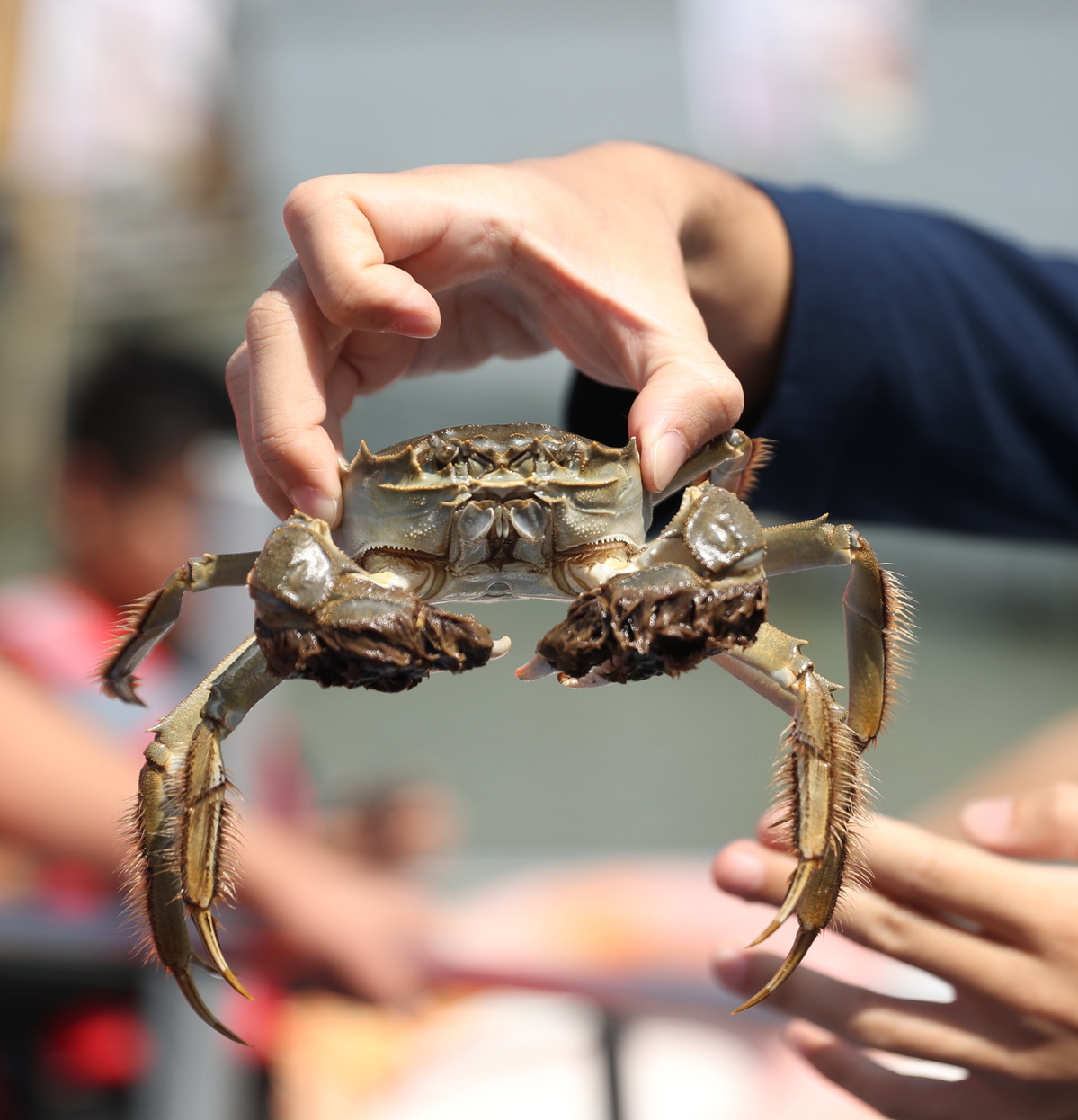 A hairy crab is caught in the Yangcheng Lake in Suzhou, Jiangsu province, on Monday. (Photo: China Daily)

The hairy crab - also known as the Chinese mitten crab - is one of the most prized delicacies in eastern Chinese cuisine, most notably in Shanghai and Jiangsu province.

Roughly the size of a human palm, the crab has a dark green back, with golden claws covered in distinctive brown fur. Those grown in Yangcheng Lake in northeastern Suzhou have been widely considered as the best in the country for their sweetness, due to the lake water's quality and habitat that provides enough sunshine for water plants to grow and provide abundant food for the crabs.

Available only in autumn, hairy crabs usually dominate the seasonal culinary scene in eastern China. In fact, the fad has spread across the country in recent years thanks to the development of an efficient cold-logistics network. Added to the delight of gourmands keen on rich, buttery crab meat and roe that marks hairy crab season is the fact that a relatively cool summer has allowed the freshwater crustaceans to grow bigger and tastier, said industry insiders.

"The general size of the lake's hairy crabs is the largest seen over the past seven years," said Xu Hao, who grows hairy crabs in Yangcheng lake.

The yield is estimated at around 1.5 crabs per square meter, 10 percent higher than last year, according to Zhou Xuelong, vice-president of Suzhou Yangcheng Lake Crab Association.

"The yield of hairy crabs weighing over 150 grams in Yangcheng Lake is expected to increase by up to 20 percent from the past year," Zhou said.

The nutritional assessment including protein content also shows the quality of crabs is the highest in recent years, Zhou added.

The improved size and quality this year, Zhou said, is thanks to the ideal temperatures, as the Yangtze Delta region experienced fewer scorching days in the summer. The crabs from Yangcheng Lake were also expected to have better flavor due to the reduction of the crab farming area in the lake from 2,130 hectares to 1,065 hectares to ensure water quality, he said.

However, a price increase is also expected due to the rising cost and halved farming area, Zhou added.