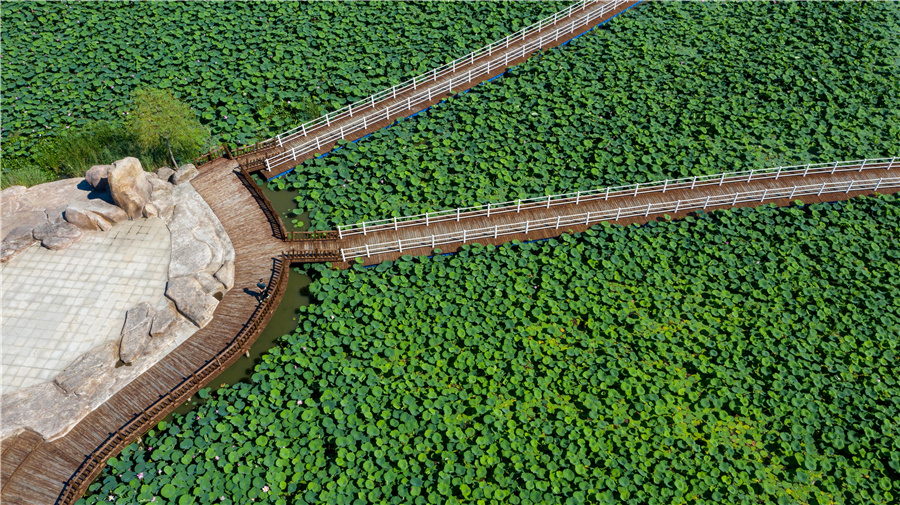 Responding to a call by President Xi Jinping, Jilin province has strengthened its environmental protection efforts and made significant improvements.

The province has promoted a series of key ecological restoration projects at Chagan Lake in Songyuan, including returning farmlands to forests, grasslands and wetlands; making planting adjustments; and turning the lake into a resort by capitalizing on its varied scenery through all four seasons.

Currently, the lake is a summer paradise for birds, such as red-crowned cranes and terns, and the pleasant climate and natural scenery are attracting many tourists from home and abroad.

Chagan Lake, with a surface area of more than 500 square kilometers, is the country's seventh-largest lake and the largest freshwater body in northeastern China.