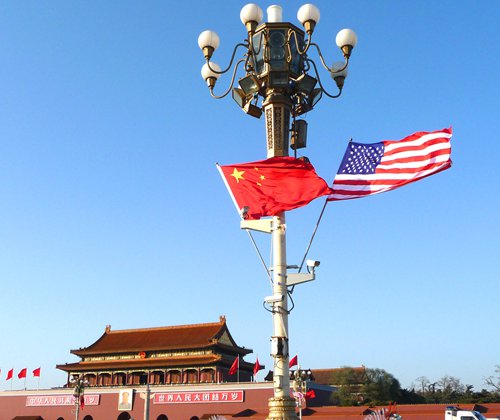 Chinese and US national flags flutter at Tiananmen Square in 2009. Photo: VCG

Every day, there are 14,000 people traveling between China and the US. Over 50 percent of all Chinese students who plan to study abroad tend to choose American schools. Experts say China's relationship with a pragmatic Republican government is better than at other times.