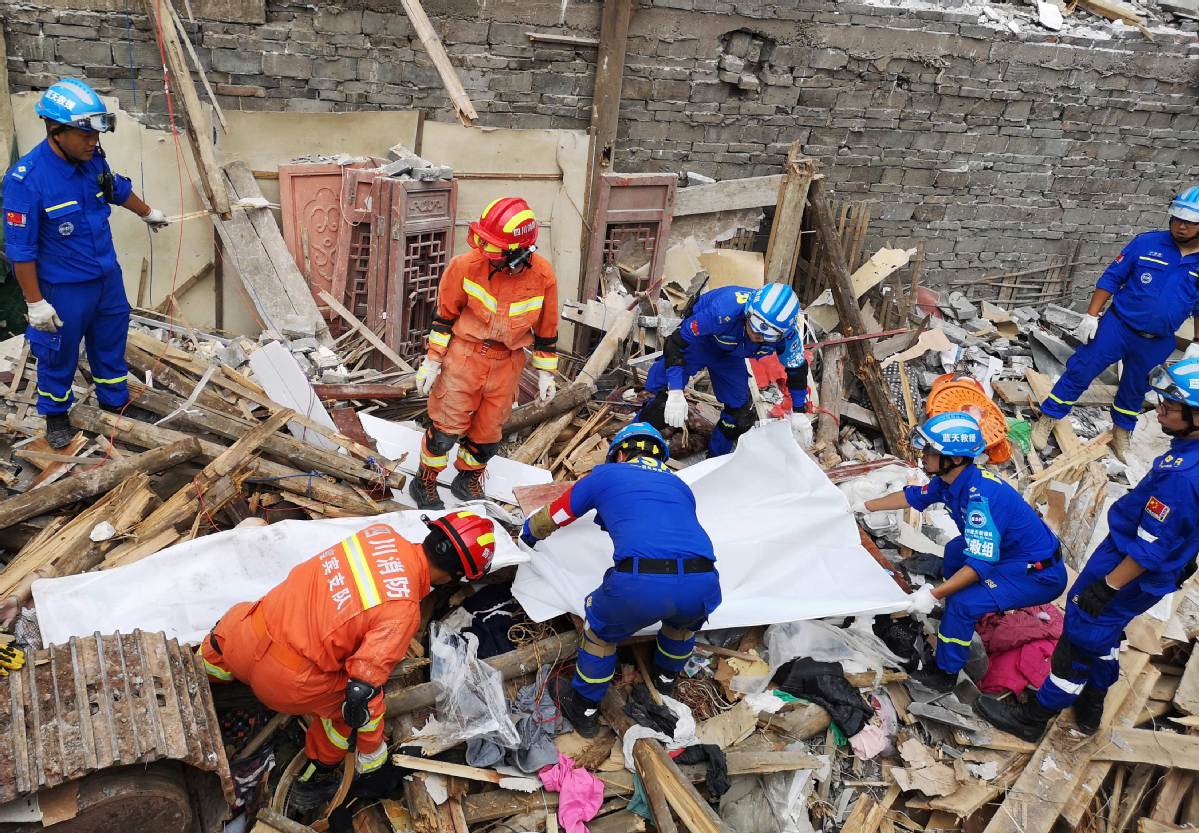 Charities and other nongovernmental groups have long been working at the forefront of national emergencies, from the 2008 earthquake in Sichuan province to the domestic novel coronavirus outbreak this year.

However, groups without government backing were largely on their own and often excluded from China's State-led relief task force, which meant they encountered more difficulties raising funds, an expert said recently.

The exclusion, which was evident during the epidemic, was largely due to authorities' fears of opportunism and a lack of rules governing charity operations during special times, said Jia Xijin, deputy head of the Institute of Philanthropy affiliated with Tsinghua University.

That is set to change as the National People's Congress Standing Committee, the top legislature, plans to revise the nation's Charity Law to give the organizations legal status to join emergency relief efforts, a senior lawmaker said recently.

Zhang Chunxian, vice-chairman of the legislative body, said the revision of the 2016 law will make such groups officially part of the national contingency plans in the face of natural disasters, industrial accidents and public health crises.

"They will be given a clear legal status, alongside obligations and protections," he told a legislative session in Beijing last month.

The decision followed a recent monthlong review by the NPC of the law's enforcement in a dozen provincial-level regions, including in the Ningxia Hui autonomous region and Zhejiang province.

The Charity Law was widely seen as a milestone in the nation's efforts to bolster the rule of law in the philanthropy sector, which has served as a second social safety net after the official one and has amassed huge social wealth to aid the nation's fight against rural poverty.

The COVID-19 outbreak that was first reported in Wuhan, Hubei province, in December and later spread nationwide put the law to a grueling test after nearly 40 billion yuan ($5.9 billion) in cash aid was poured into the charity system.

A small number of charities, such as the Red Cross Society of China's branch in Wuhan, were allowed to handle virus-related donations, but they scrambled to distribute critical supplies to health workers in need at the height of the outbreak, fueling public distrust and anger.

That led many health workers to take to social media platforms to solicit help.

The outbreak also exposed the lack of coordination between governments and the nongovernmental sector, leaving many volunteers to fend for themselves without government funding and guidance.

Under the National Emergency Plan for Natural Disaster Relief, the central government encourages the involvement of nongovernmental groups in taming calamities, but there have been limited details about how these groups can contribute.

Jia, from the Institute of Philanthropy, said China has no institutional arrangements that help such groups participate in the face of a State emergency, although it is a commonly adopted practice in many developed nations.

She argued that it is necessary to get them involved through legislation as it would show the government's open and welcoming attitude to such assistance.

Huang Ximing, a researcher at the China Philanthropy Research Institute, an affiliate of Beijing Normal University, said a government-backed platform for sharing needs and dispensing donated supplies is badly needed during crises.

"Also, charities need to work on their transparency and give timely feedback to the public about the handling of the donations," she said. "That helps enhance public trust and at the same time forces them to improve internal management."

Huang also noted nongovernmental forces have a huge role to play in educating and informing the public ahead of disasters, which could help reduce damage.