Chen Shulong, the former deputy governor of Anhui Province, was sentenced life imprisonment, and was slapped a fine of 170 million ($25.34 million) Wednesday. 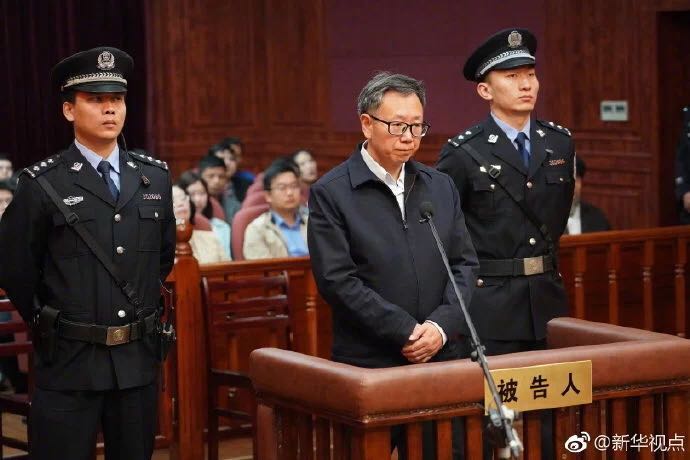 Taking several crimes into account, the court decided to sentence him to life in prison, deprive him of political rights for life, and confiscate all of his personal property.

The property and insider trading of Chen’s bribery will be turned over to the state treasury.

Chen accepted the verdict and will not appeal.

Chen abused his power in matters such as enterprise development, project development, and promotion of positions, involving bribes of up to 275.8 million yuan.

During his tenure as the secretary of the CPC Wuhu Municipal Party Committee, Chen arbitrarily decided to give equipment subsidies to related companies, and exceeded the authority to give the company the full return of land transfer fees, resulting in 2.9 billion yuan in losses.

As a knowledgeable person after he was informed of the inside information of the listed company, he arranged for others to buy relevant stocks, with a cumulative turnover of 121 million yuan, generating illegal profits of 137 million yuan.

After verification, he helped in the investigation. Chan has confessed to his own crimes, with all illegal properties recovered, amounting to 60 million yuan.

Chen has been expelled from the Communist Party of China (CPC) and dismissed from public office for actions including "superstitious activities" and trading power for sex in May 2017.