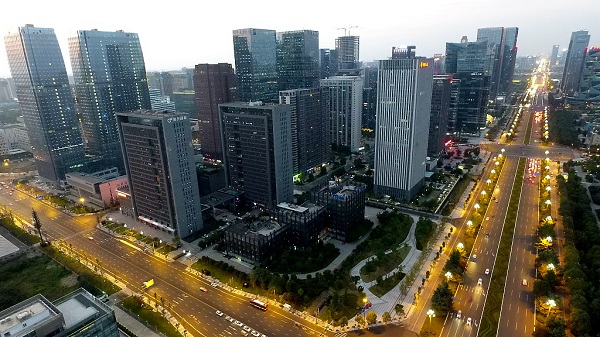 The city cluster is an area based on Chengdu, the capital city of southwest China’s Sichuan Province, and Chongqing Municipality.

According to the report, the city cluster has an outstanding strategic position and great potential for development.

As one of the most rapidly developing city clusters, the Chengdu-Chongqing city cluster has maintained rapid growth. Its total economic value was 5.8 trillion yuan in 2018, accounting for 6.4 percent of the country’s total.

Evergrande Research Institute is a scientific research institution established by the Evergrande Group, a real estate conglomerate in China.

More than 45 second-tier cities are involved in the city cluster’s economic radius, according to another Chengdu-Chongqing Economic Zone Regional Plan released by China’s National Development and Reform Commission, the country’s top economic planner, in 2011.

Chengdu and Chongqing, two core cities of the city cluster, drive the economic development of the vast rural areas in the southwest China region.

They play a crucial role in promoting China's western development strategy. They also cooperate with other sub-centered rural areas through projects in city belts and speed up the pace of urbanization of the city cluster.

The regional plan said that the two core cities need to cooperate with subordinate cities through investments and create the largest city cluster in southwest China, and underdeveloped cities should determine their development orientation based on their own economic features, such as natural resources, tourism and high-tech.