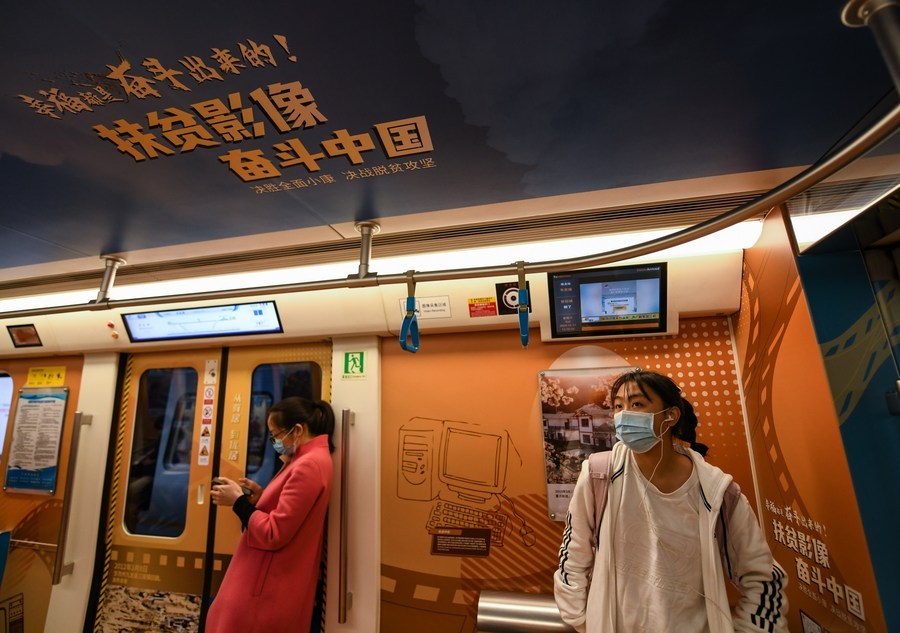 Chengdu activated its emergency plan on Monday and started epidemiological investigations after confirming new local COVID-19 cases in the capital of Sichuan province for the first time since early this year.

One of the patients, a 69-year-old woman surnamed Lu, visited a hospital in the city's Pidu district on Sunday after experiencing symptoms including a cough.

She tested positive on Monday and was later diagnosed as a confirmed COVID-19 patient, the provincial health commission said.

In response, Chengdu's health authority ordered all people who visited the hospital from 8 am on Sunday to 8 am on Monday to immediately get tested before Tuesday.

On Monday evening, Lu's 71-year-old husband was reported as a new confirmed case, according to a news conference held by the Chengdu Municipal People's Government.

The risk level in Pidu district's Taiping village was raised from low to medium on Monday as a result of the new cases.

A total of 21 teams will conduct epidemiological investigations, carry out nucleic acid testing and disinfect places visited by the patients. Their close contacts have also been placed under medical observation.

Chengdu is one of two cities on the Chinese mainland to report local cases on Monday. The other is Manzhouli in the Inner Mongolia autonomous region, which reported three new local cases.

Meanwhile, in Shanghai, which reported six confirmed cases from Nov 20 to 23, a residential neighborhood in Zhuqiao, Pudong New Area, became the final area of the city to be downgraded from medium-risk to low-risk.

The neighborhood has not had any new COVID-19 cases for the past 14 days, according to the Shanghai Health Commission.

Shanghai Pudong Hospital, which was locked down on Nov 20 when a nurse was diagnosed with COVID-19, will resume outpatient, emergency, hospitalization and other medical services on Tuesday, said the commission.

Wu Jinglei, director of the Shanghai Health Commission, said the city will strengthen measures to reduce the risk of COVID-19 entering Shanghai through imported cold-chain food.

The city has monitored cold-chain food and related environments in 1,854 locations, including large-scale wholesale markets, supermarkets, and e-commerce companies, he added.

A total of 147,000 items of cold-chain food and their environmental samples have been tested for the virus, and all of these have been negative.