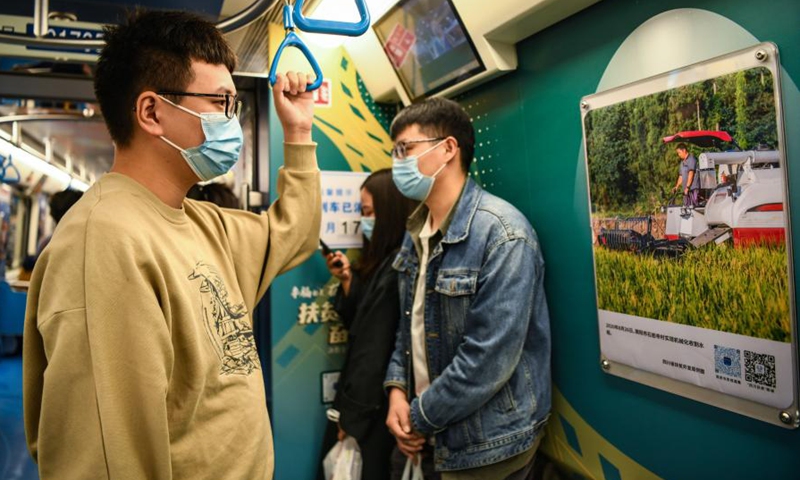 Chengdu, Southwest China's Sichuan Province, has entered "wartime mode" after five domestic COVID-19 cases were found in two days, with authorities racing against time to track the patients' close contacts scattered across the city. Experts say there is a high possibility that the Chengdu outbreak can be traced back to imported cases or goods.

Chengdu has entered "wartime mode," said Secretary of Communist Party of China Sichuan Committee Peng Qinghua on Tuesday. The city is expanding nucleic acid testing and carrying out virus gene sequencing to curb the spread of COVID-19 and identify the source of the outbreak.

Some reports say Chengdu is locking down the city, but the claims were dismissed by authorities as a rumor.

Chengdu is far from a situation in which it needs to lock down, and the key task for the city is to find the sources of the infection quickly, Wang Guangfa, a respiratory expert at Peking University First Hospital, told the Global Times on Tuesday.

"It is highly probable that the Chengdu outbreak can be traced to imported sources, whether it is 'people' or 'goods'," Wang noted, explaining that China's domestic infections have already died out and given the rampant overseas epidemic and increasing cases in relation to imported cases and cold-chain foods.

Zhu Xiaoping, the chief expert of Sichuan's anti-epidemic group, revealed that the houses of the first two patients, a couple, was severely contaminated by the virus, as environmental samples collected from a doorknob, switch, food stored in the fridge and a chopping board all tested positive.

The couple, a 69-year-old woman surnamed Lu and her husband living in Pidu district, were diagnosed as having COVID-19 on Monday, and the status of the community where they live have been lifted to medium risk.

Their granddaughter is among the three new confirmed patients on Tuesday morning. An epidemiological investigation showed that the woman had been to various parts of the city, including a nail salon, park, restaurants and clubs. The other two were a couple who live in Taiping village.

Luo, a resident of Pidu district, told the Global Times that she has been staying and working from home since Monday. Residents in communities close to where those patients live are banned from going out before their nucleic acid testing results come out, she said.

To curb the spread of the virus, Wang Fengchao, the mayor of Chengdu, required the scope of nucleic acid testing to be expanded from the related township to all regions in the district of Pidu. The Global Times found the Pidu district is an area with a permanent resident population of about 1 million.

"We must immediately carry out large-scale testing and thoroughly investigate possible infections… and make sure there are no omissions out there," Wang stressed at a meeting on Monday afternoon.

The Global Times found other districts in Chengdu, such as Chenghua and Jinjiang, had also released announcements saying they were tracking close contacts of the patients and require them to receive nucleic acid tests as soon as possible. No new cases were reported as of press time.

Some local residents reached by the Global Times were quite calm in the face of the new outbreak, with most saying they place their hopes in China's well-established mechanism.

"I'm not panicking, and I believe the Chengdu outbreak will be brought under control soon, given the experiences that the Chinese government has accumulated in the previous outbreaks in Beijing and Shanghai," Luo said.

All schools and kindergartens in Pidu district will suspend classes from Tuesday, while students and teachers must stay at home for quarantine and receive tests, the education department in Pidu district said. Pidu is home to some 21 universities and many schools.

This is the first time that Chengdu has seen COVID-19 infections since March, Wang noted, calling for officials to pay great importance to the fight.