CHINA Chengdu police say 'no' to 'superheroes' on car roof

Chengdu police say 'no' to 'superheroes' on car roof 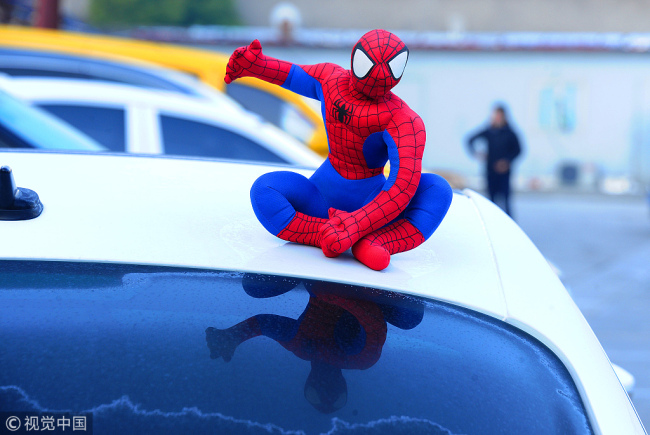 Starting on Monday, drivers in Chengdu, Sichuan Province, caught sticking dolls onto the exterior of their car will be hit with a 200 yuan fine and two demerit points, according to a report at newssc.org.

Traffic authorities put an end to owners decorating their cars with Marvel superheroes, Minions, and Super Mario and Disney Princess characters because of concerns about them flying off during fast-speed driving, which might led to a traffic accident. Authorities say that drivers who cause an accident by breaking the rules will be held responsible.

Sticking dolls onto car roofs has become a trend over the past few months in China. Traffic police across the country are asking drivers not to add unnecessary accessories or decorations to the outside of their vehicles so as to help avoid accidents.