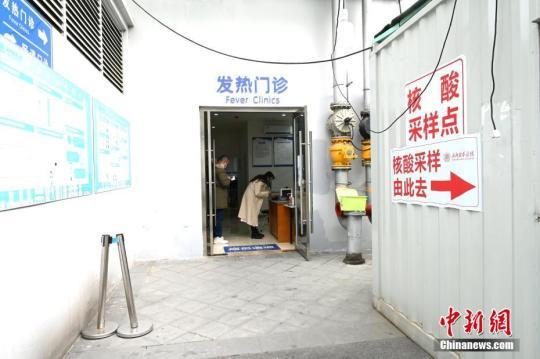 Chengdu ordered the use of stricter anti-pandemic measures after four more confirmed cases of COVID-19 were reported on Tuesday, making a total of six confirmed cases plus one asymptomatic case discovered this week in the Sichuan provincial capital.

The measures include mass testing, locking down some locations and restricting entertainment venues, officials said.

The four new people with confirmed cases had been in close contact with two people found to have confirmed cases on Monday. The two are an older couple, a 69-year-old woman surnamed Lu who was in serious condition and her 71-year-old husband, who live in Group No 11 in Taiping, a village in suburban Pidu district.

All five newly diagnosed patients were transported to the Public Health Clinical Center of Chengdu for quarantine and treatment, Chengdu's health commission said on Tuesday.

The source of the virus is under investigation, commission officials said.

Peng Qinghua, Party secretary of the province and head of the leading group coping with the COVID-19 pandemic in Sichuan, chaired a meeting on Tuesday in which officials were instructed to respond as if they were at war with the disease as a result of the recent infection.

As of Tuesday, 255,200 nucleic acid test samples had been collected and 60,500 of those had been processed.

On Monday afternoon, Taiping was listed as a medium-risk area, meaning residents were not allowed to leave without showing proof of their negative test results.

According to the Pidu district education bureau, teachers and students in kindergartens and schools in the medium-risk area must all be tested for the coronavirus and be quarantined at home.

The district has disinfected five areas－the district hospital, Group No 11 in Taiping, an agricultural wholesale market, a school and a residential quarter, said Liu Yinyong, head of the district government.

Chengdu's entertainment industry association issued an emergency notice on Tuesday asking managers of public places of entertainment to ensure that the number of customers does not exceed 75 percent of capacity.

Luan Rongsheng, a professor of epidemiology at the West China School of Public Health of Sichuan University, called the measures taken by the province precise and efficient. The number of new cases is still relatively limited, and the situation is still controllable, making the possibility of a large-scale spread very small, he said.

Sichuan plans to carry out COVID-19 vaccination in three groups: high-risk, endangered and other people. Vaccination of the high-risk population is expected to be completed by year's end, covering more than 2 million people. Vaccination of the endangered population is to start at the beginning of next year. The third group is expected to be vaccinated after Spring Festival, which is from Feb 11 to 17, Luan said.