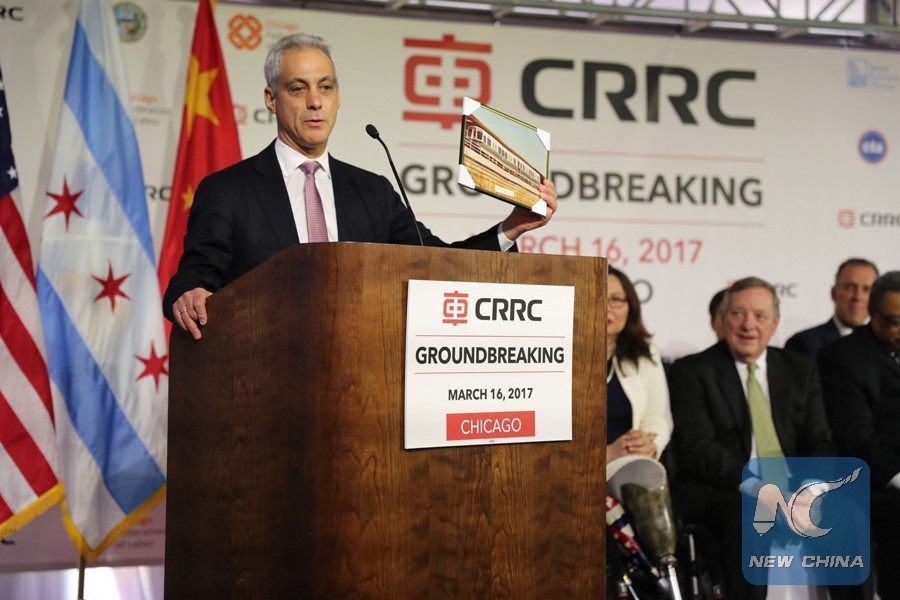 At the top of Emanuel's agenda is the guarantee of a 1.3-billion-US-dollar deal between Chicago Transit Authority (CTA) and a Chinese firm to assemble rail cars on the city's southeast side, according to Chicago city hall.

China Railway Rolling Stock Corporation (CRRC) Sifang America won the contract last year to build hundreds of next generation rail cars for the CTA. But certain parts for the rail cars, which are expected to be delivered starting at the end of 2019, will be made in China.

Chicago broke ground on the CRRC project last year. It's expected to employ at least 169 factory and warehouse workers, in addition to 200 construction jobs, the city previously said.

"The main thing on this trip is to ensure that the rail plant does not become a victim of this trade war," Emanuel said.

Emanuel's visit to Asia will last until the weekend with a visit to Japan on the itinerary, the mayor's office said.