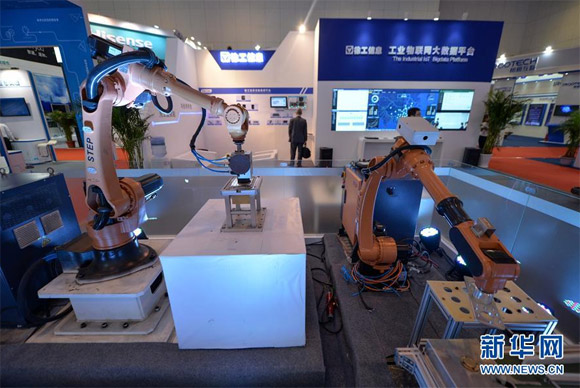 Automation and artificial intelligence (AI) have emerged as key priorities for chief information officers (CIO) in China to help drive efficiencies and business performance, according to a recent report.

"Improving efficiencies through automation" has risen to be one of the top priorities for China CIOs, replacing "delivering consistent and stable IT performance to the business," a top priority from 2017, according to a joint survey by global recruitment consultancy and IT outsourcing service provider Harvey Nash and auditing and consultancy firm KPMG.

The survey features insights from 3,958 CIOs and technology leaders, including 85 from China, across 84 countries and regions.

Nearly half of the China respondents identified "improving insights and decision making through AI" as a key business priority, compared to 22 percent of their global peers.

"We see China CIOs actively reviewing their operating models to organize themselves in a more agile way. They are increasingly having to adapt quickly to changing business needs and are becoming more digital in everything they do and in the way they support," said James O'Callaghan, partner and head of technology enablement and technology consulting at KPMG China, Hong Kong.

The growing importance of automation and AI among China CIOs is reflected in their investment plans. Thirty percent of China CIOs indicated they had not yet invested in robotic process automation but were planning to do so, compared to 18 percent globally.

Meanwhile, nearly half of China respondents said they were currently investing in AI or machine learning, and an additional 26 percent were planning to invest in those technologies.

Nearly 70 percent of China CIOs expect their IT budget to increase over the next 12 months, significantly higher than the 48 percent global average.