BEIJING, Oct. 24 (Xinhua) - The Chief of United Nations (UN) Country Team in China has spoken highly of the cooperation between China and the UN. 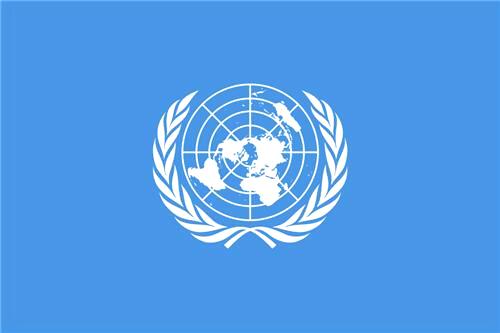 "The UN has always seen itself as a partner of China," said Nicholas Rosellini, UN Resident Coordinator in China.

"We have very good cooperation with China in terms of implementation of Sustainable Development Goals (SDGs) inside China, and international development cooperation such as the Belt and Road Initiative," Rosellini told Xinhua. "China is a champion of the SDGs."

The UN Country Team in China Wednesday hosted an event to commemorate UN Day 2019 and mark the 40th anniversary of the UN presence in China.

UN Day marks the anniversary of the entry into force in 1945 of the UN Charter. October 24 has been celebrated as UN Day since 1948.

The first UN office in China was opened in 1979. The UN system in the country now consists of 21 UN funds, programs and specialized agencies.

"The story of the UN's journey in China is one of change. It is a story about the remarkable transformation that has taken place in the country over the past 40 years," said Rosellini in his welcome speech.

Over the past 74 years, the UN has played an irreplaceable role in preserving peace, promoting common development and advancing human progress, said Wang Xiaolong, head of Department for International Economic Affairs at the Ministry of Foreign Affairs.

At the event, an interactive digital exhibition was displayed, which highlighted key milestones of the work of UN China over the past 40 years.