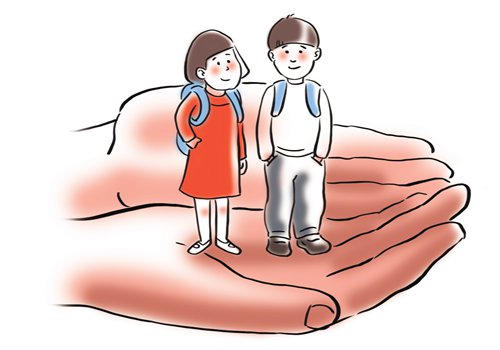 Recent news of alleged child abuse in kindergartens and daycare centers has shocked China and sparked public outrage, begging the question of whether private capital can be trustworthy in providing public services.The instances of children suffering alleged abuse at the hands of their teachers and other facility staff indicate that there are serious problems with China's privately owned kindergartens and daycare centers. Such incidents are no accident, and they underline the lack of professionalism and the failure of supervision and management in the rapid expansion of the private childcare industry. Since China's growing middle class has lofty expectations of high-end educational services, the childcare sector is seen as a cash cow by profit-seeking private investors, rather than a business of great social responsibility.For incidents that have been exposed, authorities should adopt a "zero tolerance" policy toward any form of child abuse and shut problematic operators out of the industry once and for all.More importantly, any private capital that intends to provide public services, such as childcare facilities, primary and secondary schools, hospitals and elder care institutions, must be subject to strict regulatory control and high barriers to entry. There has always been a gap in China between the demand for public services and what the government can provide, which is why experts suggested years ago that the public-services sector like childcare and education should be open to private investment so that market forces would fill any gap. But there's no excuse for crime, misconduct, service by unqualified staff and poor management. Such facilities are worse than none at all.In the meantime, strict inspection is needed for existing providers. Take private kindergartens as an example. As more reports of abuse emerged, the State Council, China's cabinet, on Friday called for nationwide inspections of kindergartens and Beijing launched a citywide inspection to improve safety, professional ethics and teaching quality at local kindergartens. In the course of such inspections, special attention should be paid to private facilities.New industry standards should be established for private kindergartens, especially as regards staff compensation and parents' fees. According to media reports, the kindergarten in Beijing where alleged child abuse took place charges at least 3,500 yuan ($530) to 4,800 yuan, excluding other fees, for each child every month, but it only pays a monthly salary of 2,000 yuan to 3,000 yuan to its teachers. Clearly, capital's mindless pursuit of profit maximization will not lead to better services. It only amplifies problems and conflicts.If private operators can't meet the standards for public services, it should not be a problem for the government to step in and take over.