Beijing (People's Daily)  - Two suspects of a recent child abuse case happened in Beijing's RYB New World kindergarten were detained by local police. The teacher surnamed Liu was under criminal detainment for alleged child abuse, and another female also surnamed Liu, who is suspected of fabricating misleading information, is now under administrative detainment and expressed deep regret about her illegal acts. Public security departments are continuing investigation, according to the official Weibo account of Chaoyang Public Security Bureau. 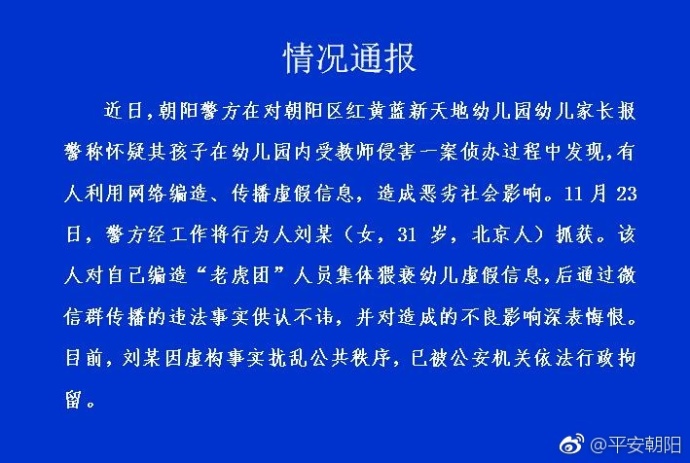 Head of the Chaoyang RYB Education New World kindergarten was suggested to be dismissed after its recent child abuse cases shocked China, said a spokesperson of the government of Chaoyang District in Beijing on Saturday.