CHINA Child victims of lead poisoning to receive up to $13,000 in landmark settlement

Child victims of lead poisoning to receive up to $13,000 in landmark settlement 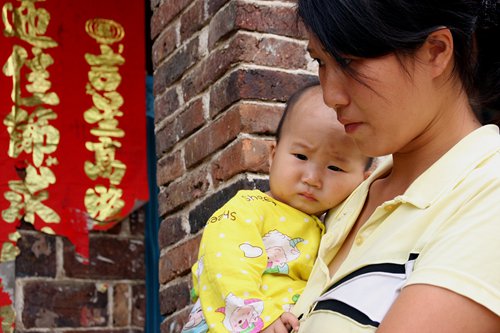 In 2009, nine-month-old Wang Jiapeng had lead levels of 264 micrograms per liter in her blood, in the city of Wugang in Central China's Hunan Province. At least 1,354 lchildren were found to have dangerous levels of lead in their blood. (Photo: IC)

The past six years have been difficult for Mao Baozhu, a grandmother in Hengdong county of Central China's Hunan Province.

Her grandson was one of 300 victims aged 2 to 15 who suffered from lead poisoning from a nearby factory.

The case first came to light across the nation due to a 2012 report on China Central Television.

In December 2014, 53 accusers brought the case to a local people's court.

After four years of struggle, in September, the final seven victims received compensation, from 40,000 yuan ($5,782) to 90,000 yuan, Procuratorial Daily, a newspaper under the Supreme People's Procuratorate, reported.

The attorney of the case told the Procuratorial Daily that the process was very difficult. However, this case is the first one involving children being poisoned by lead that completed the whole legal process.

Even though the case was settled through mediation, it will be a significant reference for similar cases in the future, Legal Weekly said.

"We walked so many roads and suffered so much. It has been with much difficulty that we finally got the child compensation," Mao told the Procuratorial Daily.

Starting in 2012, the big chimney of the Meilun chemical factory opposite her home began to emit black smoke.

Black soot would land on the clothes being dried outside her house.

"Seven children went to the hospital, and six were found to have excessive lead in their blood," Mao said. "We were anxious and terrified."

On June 14, 2014, the news channel of CCTV broadcast a report stating, "Lead levels in 300 children were found severely high in Dapu town, Hengdong of Hunan."Dapu suddenly became a media focus.

The lead density in the children's blood exceeded the national standard of 100 micrograms per liter for children, with some reaching as high as 501 micrograms per liter, which indicates severe lead poisoning, the report said.According to the investigation by CCTV news in 2014, mud samples from the Meilun factory's discharged waste had lead levels of 33,400 micrograms per kilogram, 60 times the safe level. Moreover, the zinc content was 20 times higher than the safe level, and cadmium more than 20 times higher.

Afterward, the county government announced an investigation into both the company owner and the local environmental protection bureau.

Special teams were sent to inspect pollutant discharges from other Dapu enterprises, examine the poisoned children, and distribute milk and medicine.

Officials with the local government and environmental protection bureau claimed that management and monitoring indices had fallen within national standards.

According to the Procuratorial Daily on October 8, the involved factory was closed after the event and several officials in Hengdong were punished. Four officials, including the chief of the local environment bureau, were suspended.

However, only 13 accusers among the 53 continued to the first trial - they asked for a total compensation of 2.06 million yuan.

On August 28, 2015 the court ruled that the two children whose lead level surpassed 250 micrograms per liter could receive 10,000 yuan compensation each. It rejected the suits of the other 11 accusers.

The accusers and defendants refused to accept the first verdict and lodged an appeal. On January 26, 2016, the Hengyang Intermediate People's Court rejected the appeal.

Six of the 13 accusers gave up their right to sue.The remaining seven appealed again to the Higher People's Court of Hunan Province, which ordered the Hengyang court to try the case again due to a lack of evidence on basic facts and the improper use of the law in December 2016.

Finally, after one and half years, in September 2018, the accusers and defendants came to mediation.

Dai Renhui, the deputy head at the Center for Legal Assistance to Pollution Victims under the China University of Political Science and Law, had been offering legal help to victims in the case and investigating Dapu.

Dai was quoted by the Procuratorial Daily as saying that the country has not released a standard on compensation for the victims of pollution, nor were there any similar cases before that could be referred to.

The damage of environmental pollution on people is usually not visible in the short term. According to the report by CCTV in 2014, the closer the children lived to the chemical factory, the worse their lead poisoning was. Those children had similar symptoms, including stomachache, dizziness, feeling weak and impaired memory.

However, the degree to which the lead would affect the children's abilities in the future could not be evaluated, which brought difficulties to the legal procedures, said the Procuratorial Daily.

Mao told the Procuratorial Daily in September that the lead level in her grandson's blood has dropped to less than 100 micrograms per liter. However, during the treatment to remove lead from the boy's body several recently, it was found in his bones as well.

Even though the Dapu government has been cleaning the polluted mud near the Meilun factory, some of Mao's neighbors still moved away out of fear the pollution might harm their children's health.

Wang Canfa, a professor at the China University of Political Science and Law, told the Legal Weekly that in this case, since there was no legal assessment, the court could not consider the damage to the intelligence and mental functions of the victims.

Wang said that China has built a legal evaluation system for environmental damage, but harm to human health is yet to be included in the system.

Starting this year, China has expanded a pilot reform across the entire nation, obliging polluters to repair the environment and pay compensation, the Xinhua News Agency reported.

By 2020, China aims to establish an efficient comprehensive damage compensation system to protect and improve the country's ecosystem.

Under the system, individuals or companies that cause environmental damage shall have to help restore the environment. If the damages are beyond restoration, they must pay for losses, a process that will be managed by local governments as non-tax revenue.

Both Wang and Dai called for the establishment of an evaluation institute for the damage of environmental pollution on humans, so that the victims could receive proper compensation and the suspects could be punished.

Even though the families of the victims might not be satisfied by the amount of the compensation, Dai said that the resolution of this case under mediation is acceptable, because doing so completed the legal proceedings, and left a reference for other cases in the future.