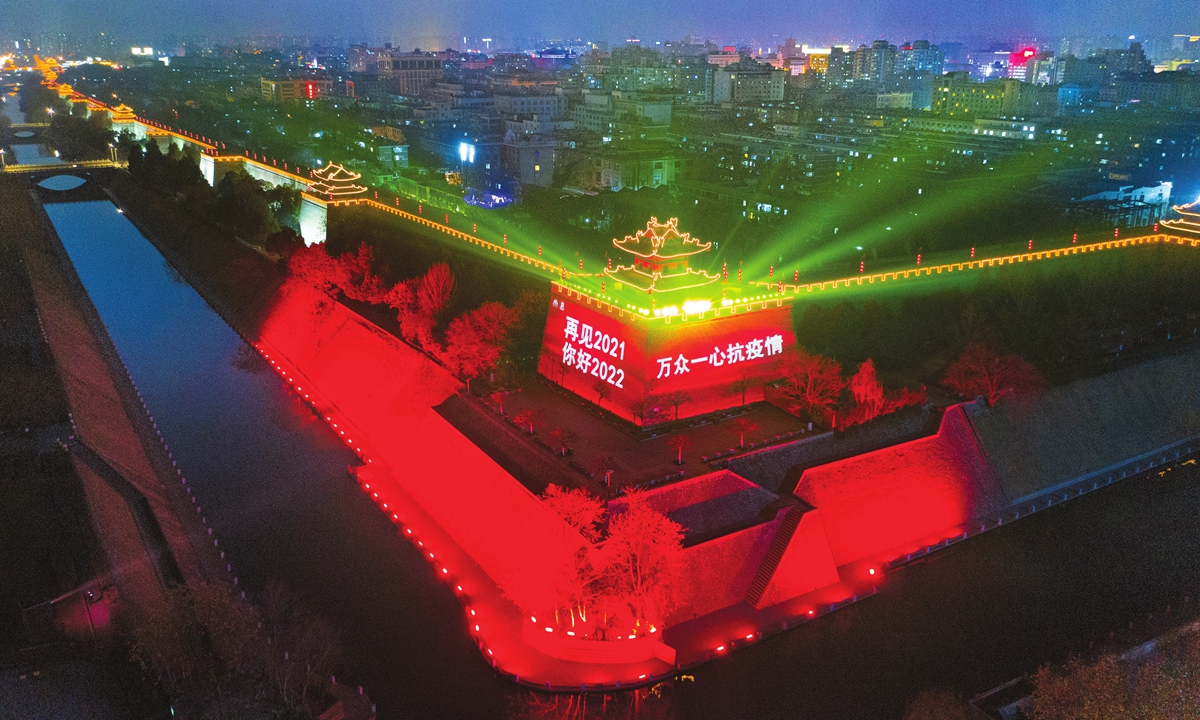 Video shooter surname Zhang told the media that on July 27, he saw a child climbing the ancient city wall without equipments outside the west main city gate Andingmen. Zhang said while the child's parents were watching from below, reminding their kids to be careful not to fall, they did not stop this uncivilized behavior of destroying cultural relics.

Information shows that the city wall that stretches across the main city of Xi'an, is the largest and best preserved ancient city wall in China. In 1961, this historic landmark of Xi'an was listed in the first batch of national important heritage site under state protection. The section of the wall where the children climbed can be dated back to the Ming Dynasty (1368-1644).

Following the controversy on the internet, where netizens mainly criticized the children's destruction of cultural relics and that their parents did not do the duty of supervision and education, area staff member of the Xi'an city wall scenic responded that the children and parents' behavior is very dangerous, they will further investigate the situation and strengthen management.

The staff pointed out that the Management Department had posted several signs on the city wall to remind visitors not to climb, and there are patrol officers deployed to stop these few people's uncivilized behavior and inform relevant regulations.