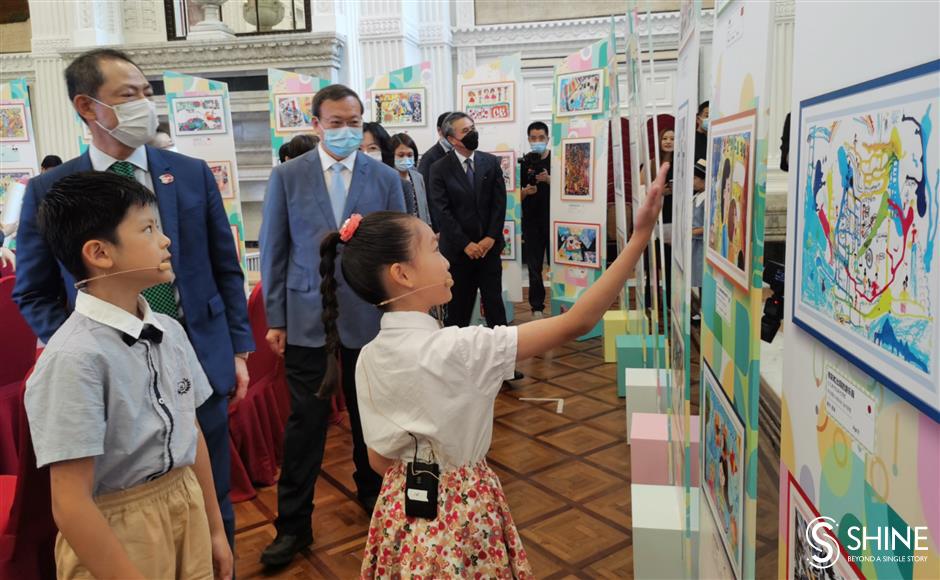 A monthlong exhibition was launched at the China Welfare Institute Children's Palace in Shanghai on Saturday showcasing 300 paintings by children from China, Japan and South Korea.

The annual exhibition, in the 10th edition this year, is organized by the Shanghai People's Association for Friendship with Foreign Countries, Japanese Socio-educational Association – Midori Nami Kai, and the Busan Foundation for International Activities to promote exchanges and friendships among children from the three countries. 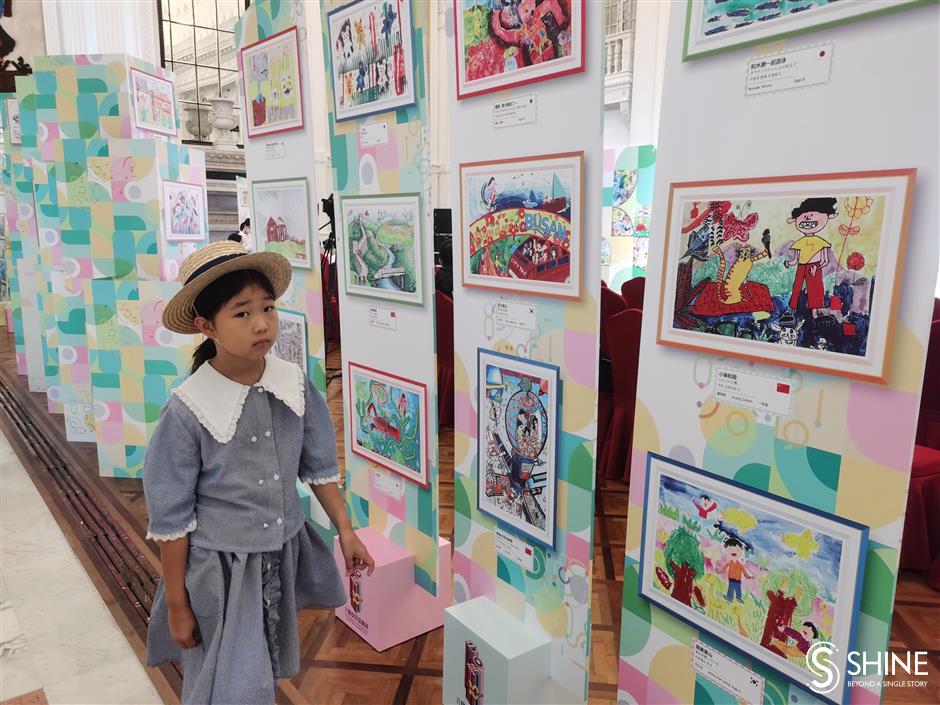 "In the past 10 years, thousands of children from China, Japan and South Korea have showcased their talent, and more than 600 children have participated in study tours of the three countries under the program, during which, they had comprehensive exchanges and established deep friendship," he said. 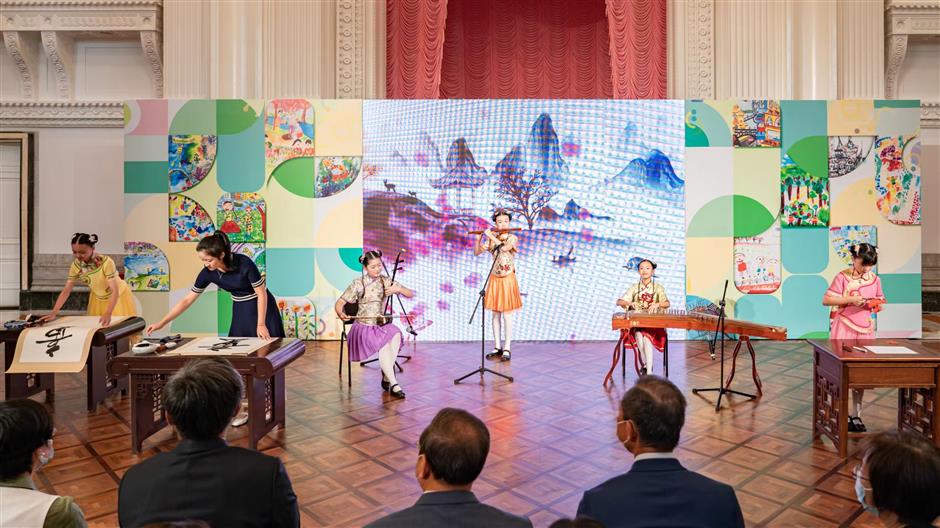 This year, with the theme of "beautiful nature and harmonious home," children created paintings about harmony between human beings and nature, application of green technologies in daily life, such as artificial intelligence and photovoltaic energy, as well as friendship between children from the three countries.

"The paintings depict their wishes for the three countries to cooperate in protecting nature while building the Earth into a harmonious home for all of us," said Chen. "I think all the viewers can feel their sincere affection and inspiring power." 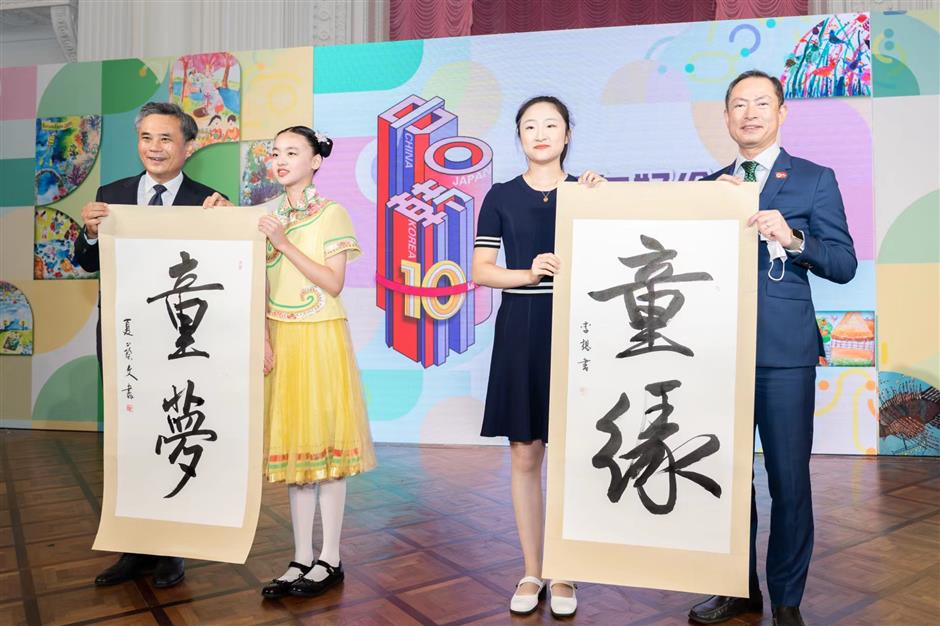 Guests are presented with works of calligraphy.

Kim Seung-ho, consul general of the Republic of Korea in Shanghai, expressed his gratitude toward the organizers of the event for providing the young generation a precious opportunity for exchanges.

"All the paintings show delightful moods," he said. "Without the national flags on the paintings, I could hardly tell which country the painters are from.

"The young artists will play a leading role in the future development of the relationships among our three countries. We adults need to provide better environment for them to give full play to their potential and make their wishes come true."

He said the three nations have made great efforts in bilateral relations in the past decades, and expressed the wish they can go further hand in hand for a better future.

Shuichi Akamatsu, consul general of Japan in Shanghai, said he hoped that such events could arouse children's interests in the cultures of neighboring countries and help strengthen communication and build friendships.