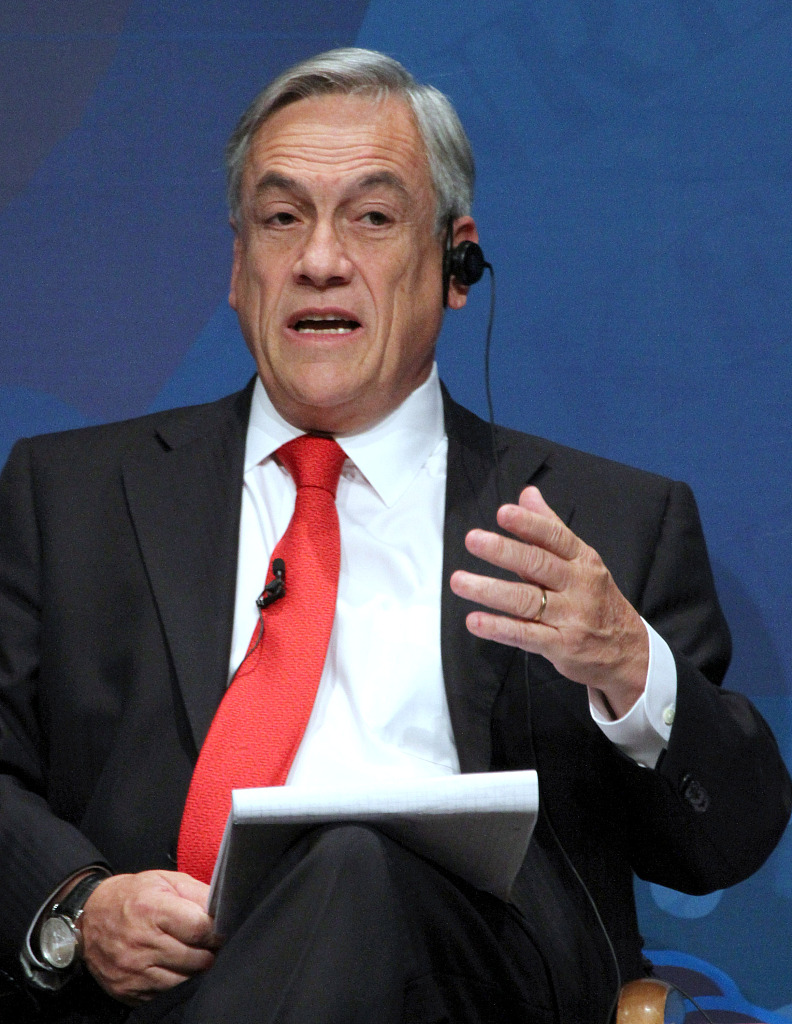 During a meeting with foreign correspondents in Santiago, Pinera confirmed he will attend the second Belt and Road Forum for International Cooperation to be held in Beijing in April, saying "I will participate in everything that is beneficial for Chile."

Chile's need for more advanced infrastructure for better connection with trade partners in Latin America and other parts of the world fits the BRI well. The BRI aims to strengthen the connectivity across the globe, much like the ancient Silk Road that inspired the initiative.

With that in mind, Pinera said he was in talks with neighboring Argentina and Brazil over the construction of an undersea fiber optic cable connecting Latin America and the Asia-Pacific region. The nearly $1 billion megaproject entails 22,000 km of cables.

Additionally, China's growth benefits many countries including Chile, as Chinese consumers with increasing purchasing power drive their exports, he said.

Chile has also been a passionate client of China's environmentally-friendly electric vehicles and buses, which could modernize urban transit networks in Santiago and other major cities, Pinera noted.

Chile's Foreign Affairs Ministry reports that since the FTA took effect in 2006, more than 97 percent of Chilean goods have been able to access China's market free of tax.