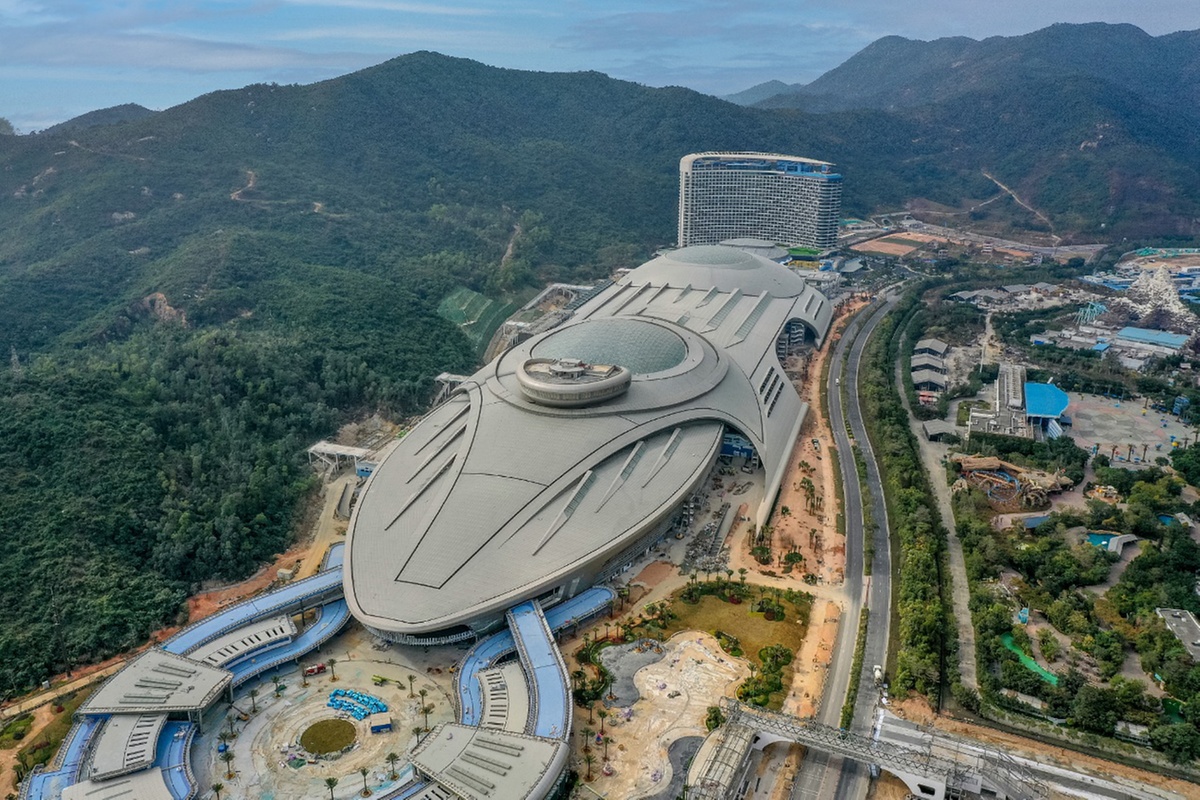 A marine science park will be open in Zhuhai, South China’s Guangdong province, in 2021. (Photo: agencies)

Chimelong Group, one of China's leading theme park operators, will open a marine science park this year in Zhuhai, South China's Guangdong province, according to the company.

The park, which will be the largest indoor marine science park in the world, will display about 300 varieties of rare marine animals, according to Jiang Minling, general manager of the Zhuhai Chimelong International Ocean Resort.

The park, in the booming Zhuhai Hengqin New Area, part of the Guangdong Pilot Free Trade Zone, is able to accommodate more than 50,000 visitors, with an indoor exhibition area of about 500,000 square meters.

"As the world's largest database of living marine resources, we will team up with leading experts and science institutes to save more rare marine animals," Jiang said.

According to Jiang, the park will be the home of the world's largest species of manatees, living corals and freshwater rays.