CHINA China a major contributor to green development in 2020

China a major contributor to green development in 2020 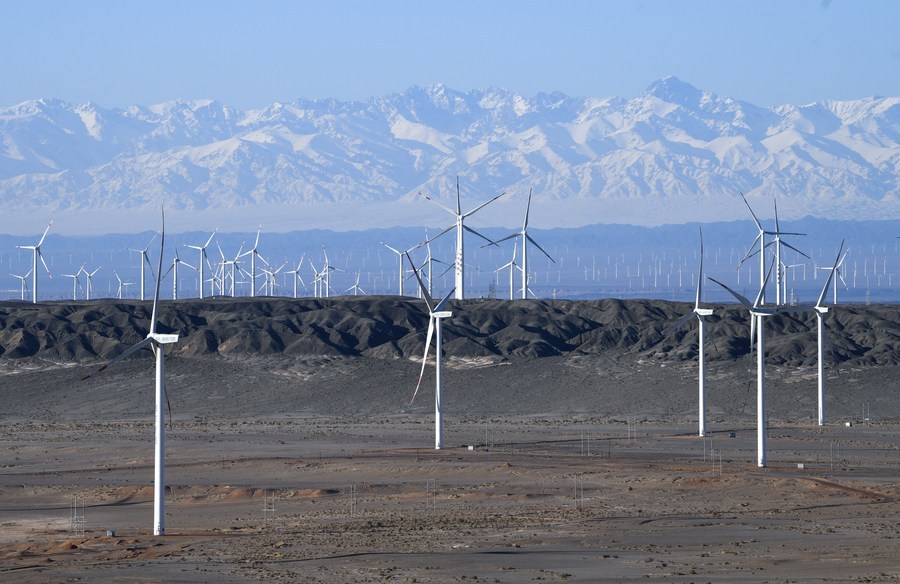 China was proactively involved in international renewable energy development in 2020, contributing a huge amount of investment and equipment, an official said.

Zhai Dongsheng, director of the Facilitating Center for Building the Belt and Road, made the remarks on Wednesday at a forum in Beijing titled "Green BRI and 2030 Agenda for Sustainable Development".

The center is affiliated with the National Development and Reform Commission, the country's top economic planner.

As to wind power, aside from investing in two projects, Chinese enterprises won contracts to build 19 projects and provide equipment to another 23 in the year, he continued.

Zhai said the country was also a major exporter of equipment for renewable energy generation.

In 2020 China made over half of the total wind-driven generators in the world, and its wind power generation equipment was exported to 22 countries, including some developed nations, he noted.

The forum was held during the ongoing annual general meeting of the China Council for International Cooperation on Environment and Development.

Established in 1992, the council is a high-level international advisory body comprising officials and experts from China and abroad who provide policy advice to the Chinese government.