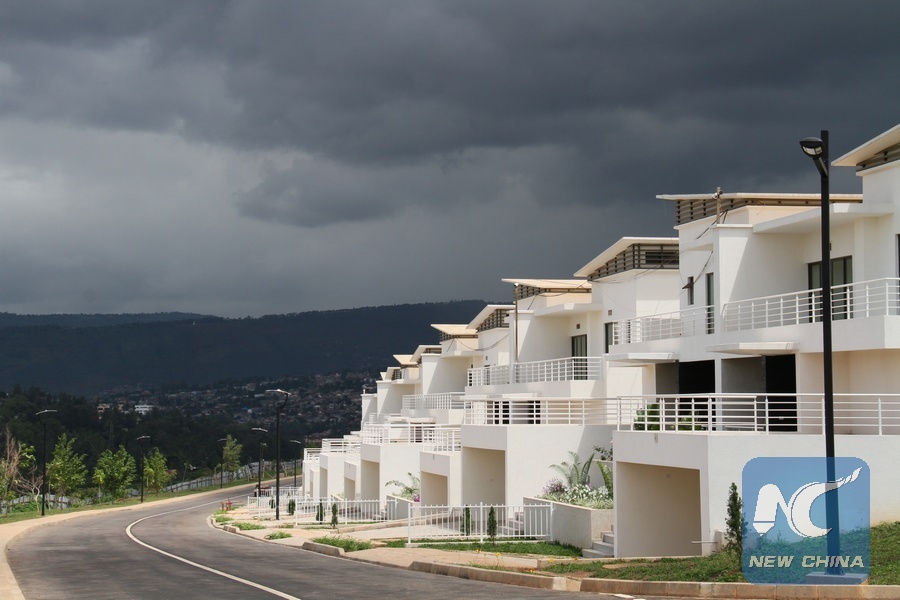 Photo taken on May 5, 2017 shows the construction site by China Civil Engineering Construction Corporation (CCECC), a Chinese company undertaking the first phase of the Vision City project, which is part of the Rwandan government's efforts to solve housing challenges in the capital city Kigali. (Photo: Xinhua)

China and Rwanda enjoy a long history of friendship and fruitful cooperation in various sectors such as business, health, education, tourism, infrastructure, said Ismael Buchanan, Dean of the School of Economics and Governance at the University of Rwanda.

"China is a sincere partner for most of African countries," said Buchanan, who recognized China's long-time support of Rwanda and Africa.

He observed that the relations between China and Rwanda, China and Africa are based on principles of mutual respect, improving people's livelihood and promoting development.

Eric Ndushabandi, director of Kigali-based Institute of Research and Dialogue for Peace, said China is becoming a more major source of investment in Africa.

The past 40 years has seen Chinese investment in Africa grow from scratch to a cumulative stock of $110 billion, Assistant Foreign Minister of China Chen Xiaodong said earlier this month at the opening ceremony of the Seventh China-Africa Think Tank Forum in Beijing.

Ndushabandi suggested Africa can be a destination of China to export practical knowledge in various sectors such as mining and agriculture.

According to Ndushabandi, African countries weary of harsh conditions attached to loans from the IMF, the World Bank and Western donors can take advantage of China's support to achieve the UN Sustainable Development Goals.

China has participated in infrastructure construction in East Africa in key projects such as standard gauge railways, highways and power plants, which Ndushabandi believes can be a powerful tool in deepening regional integration.

On Rwanda, Ndushabandi said China offers a good opportunity for the country to benefit in various aspects, noting agriculture as one of major sectors that have greater potential for exporting to China.