China has been working on increasing public and private transportation services in an effort to restore normal economic activities alongside the fight against the outbreak of the novel coronavirus. 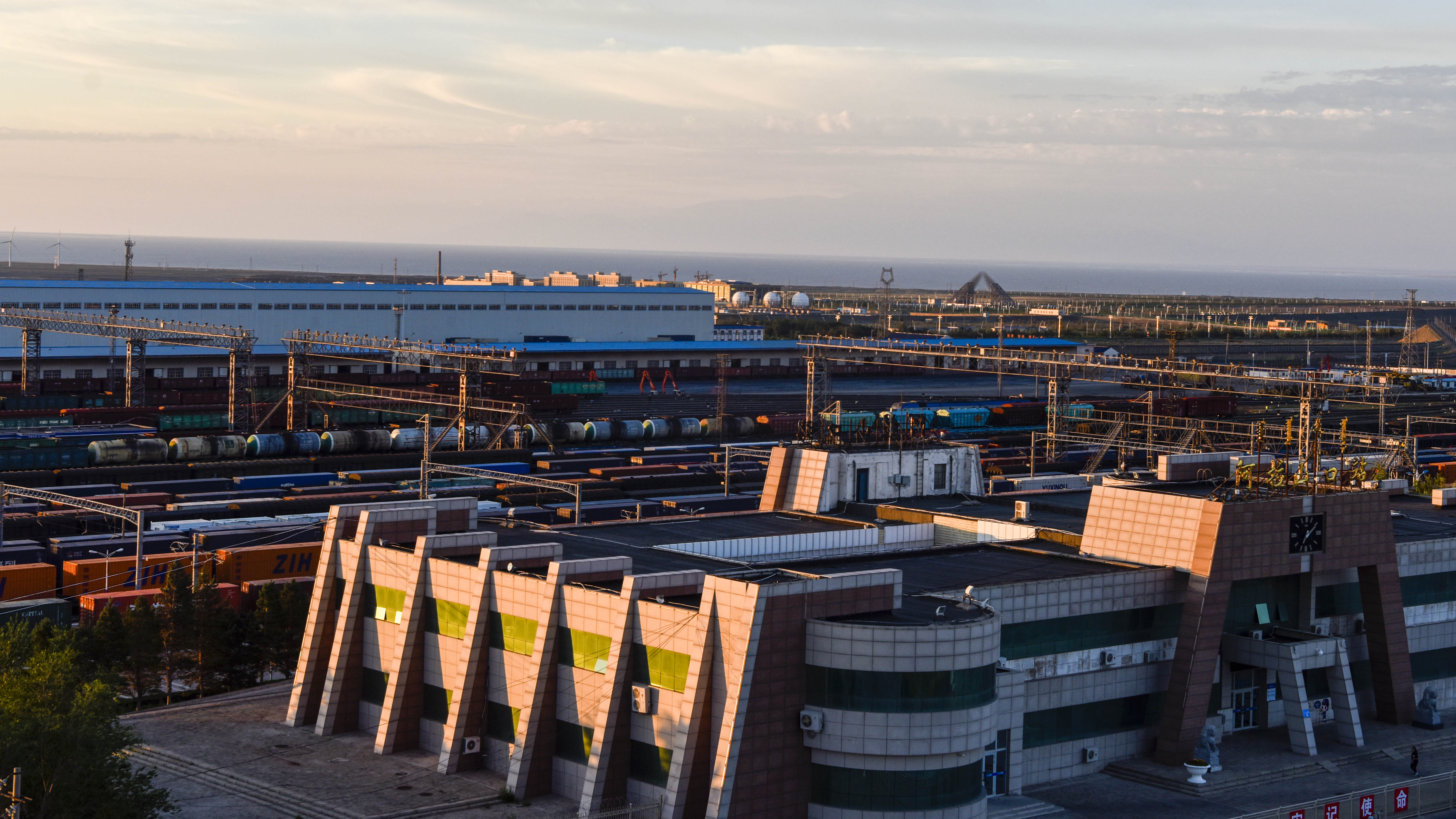 A China-Europe freight train passed through the Horgos Port heading for Poland Monday afternoon, the 61st such service to leave China via the port this month.

The outbreak led to the suspension or delay of most China-Europe freight trains and the number of exit and entry trains has dropped sharply since late January.

Dou Luxin, deputy director of the Horgos customs, said the customs department sent officers to check all the trains so as to prevent the epidemic from spreading through the port.

Since the beginning of the year, the Horgos Port and the Alataw Pass have seen more than 730 China-Europe freight trains entering and leaving China. The exports are mainly mechanical and electrical products, clothing and electronic products while imports are mainly cotton yarn and construction materials.

A freight train left China's central city of Zhengzhou last Sunday, marking the resumption of Henan Province's exports to Belt and Road countries following the conclusion of the Spring Festival holiday that was extended as a result of the outbreak.

Last Friday, the first China-Europe freight that restarted operations after the Chinese New Year holiday made its departure from the city of Dongguan in south China's Guangdong Province.

Earlier in the week, the freight train service from Zhejiang Province to Central Asia also resumed. A train loaded with 82 standard containers left a railway station in the city of Jinhua, eastern China's Zhejiang Province.

Road traffic in regions outside of Hubei Province is also picking up.

The General Office of the State Council has issued a notice on ensuring the smooth flow of people and vehicles on highways in order to resume normal economic and social order.

The ministry has repeatedly stressed the prohibition of measures such as closing expressways, blocking national and provincial trunk roads and isolating rural roads.

The ministry and other departments have jointly issued a notice requiring that for other areas outside Hubei Province, along with epidemic prevention and control, the suspended transportation services should be resumed in an orderly manner.

In terms of supplies to Hubei, as of Sunday, 306,000 tonnes of epidemic prevention and living materials and 809,000 tonnes of production materials such as coal and fuel oil had been transported to Hubei by rail, highway, water, civil aviation and postal services, according to the ministry.