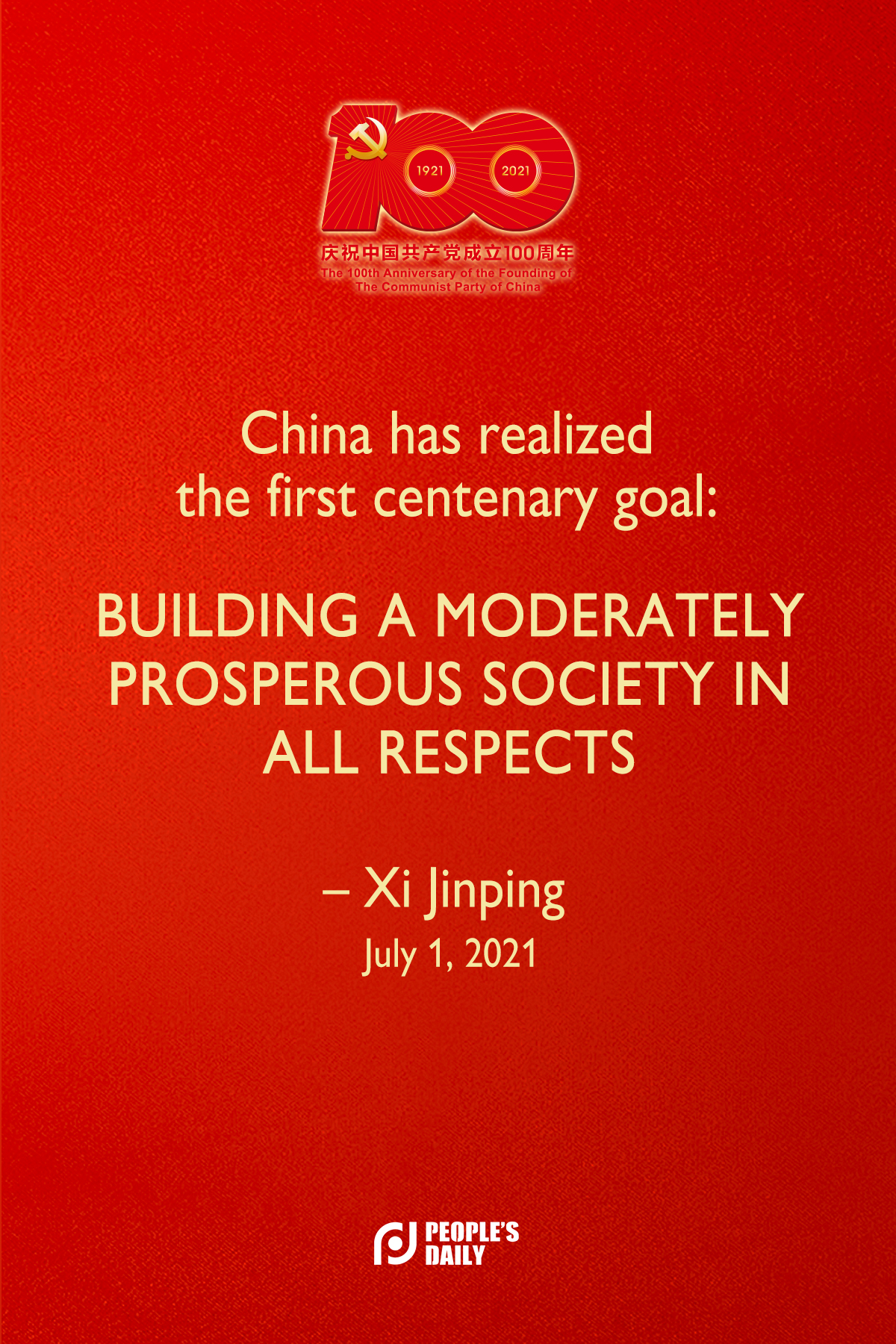 "This means that we have brought about a historic resolution to the problem of absolute poverty in China, and we are now marching in confident strides toward the second centenary goal of building China into a great modern socialist country in all respects," Xi, also Chinese president and chairman of the Central Military Commission, said at a ceremony marking the CPC centenary.