China has made remarkable progress in improving its old-age insurance system, fostering a social environment in which senior citizens are respected and cared for. 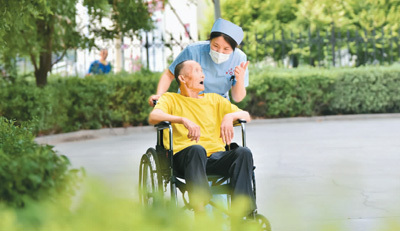 More than 1 billion people were covered by the country’s basic old-age insurance system as of the end of June this year, increasing from 999 million in 2020 and 98.48 million in 1993. Furthermore, nearly 290 million seniors receive pensions on a monthly basis.

China was presented with the Award for Outstanding Achievement in Social Security by the International Social Security Association in 2016, for its impressive achievements in expanding social insurance coverage, including old-age insurance.

A total of 540 million rural and non-working urban residents have been covered by a basic old-age insurance scheme for the group.

A farmer surnamed Li, in his seventies, in central China’s Hunan province, is one of those to have benefited from the scheme. Li now receives a monthly pension payment of over 100 yuan (about $15.5).

“I never thought that farmers could receive government-funded pensions,” Li said, adding that the monthly payment brings him a greater sense of security.

Statistics show that the minimum basic old-age pension for rural and non-working urban residents has increased from 55 yuan per person per month to 93 yuan. The average monthly pension payment for enterprise retirees went up to about 2,900 yuan in 2020 from 1,686 yuan in 2012. This year, China raised the basic pension payments for enterprise retirees, the 17th consecutive year it has increased.

Qiu Qingxuan, 68, is an enterprise retiree in Ruijin city, east China’s Jiangxi province. He has personally witnessed basic pension repayments increase over the past years. He now receives an average monthly pension payment of more than 3,000 yuan, up from less than 2,000 yuan in 2014 when he retired.

China has also gradually improved its system of enterprise annuities and occupational annuities, as the “second pillar” of old-age insurance. By the end of last year, 105,000 enterprises across the country had set up enterprise annuity funds, covering 27.18 million employees, and the country’s occupational annuity funds, which are subject to market-oriented investment operations, had reached 1.29 trillion yuan.

Over the next five years, China will fully implement the mechanisms for setting standards on and regularly adjusting basic aged-care insurance benefits, gradually raise basic old-age pension for rural and non-working urban residents, expand the coverage of enterprise annuities, and promote the development of personal pensions.

In addition, China’s basic medical insurance has covered 1.36 billion people, with the coverage standing at above 95 percent, further benefiting senior citizens. Subsistence allowances and various types of welfare and subsidy have been provided for elderly people with special difficulties. 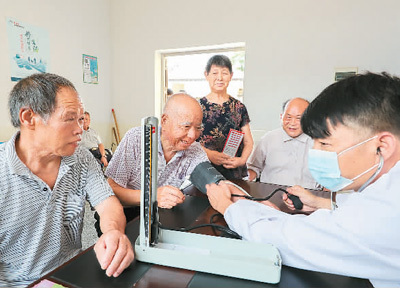 As most senior citizens want to enjoy quality care at home, relevant departments have funded pilot reforms to develop at-home and community-based elderly care. By the end of 2020, local governments at all levels poured 474 million yuan into redesigning facilities for 163,400 elderly families with financial difficulties.