The world’s largest basic medical insurance network has been built by China during the country’s 13th Five-Year Plan (2016-2020) period. Besides, the country has steadfastly implemented its universal health insurance plan and further improved its guarantee for livelihood. 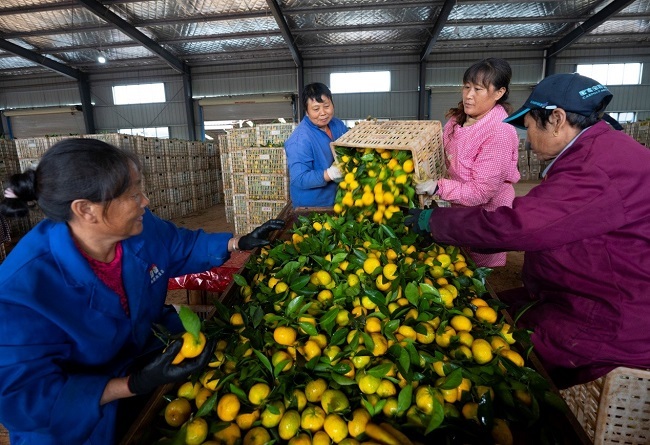 China’s basic medical insurance now covers over 1.35 billion people. In other words, the coverage rate of the insurance is stable at 95 percent of the population. As of the end of 2018, the country had constructed around 70 million government-subsidized housing units in urban areas, offering affordable houses for about 200 million people. From 2016 to 2019, the central government had allocated 561.8 billion yuan to guarantee people’s basic living allowance, the assistance to people living in extreme poverty, and basic living conditions for orphans.

A woman surnamed Li from Shaoguan, south China’s Guangdong province has suffered from hypertension for over 10 years. Thanks to the new rural cooperative medical care system, she can reimburse half of her medical expenses. A few years ago, she came to Beijing to live with her children, and had a minimally invasive cardiac surgery at a major hospital there. Nearly 60 percent of the cost was covered by medical insurance. “It’s great to have the medical insurance,” she told People’s Daily.

Villager Ma Yumei and her husband Cai Jinming from Tekes county, northwest China’s Xinjiang Uygur autonomous region were both physically disabled. “In recent years, we received housing subsidies and special allowances for the disabled, and our economic conditions are gradually turning better,” Ma said. According to her, the village committee had given three cattle to her family to help them get rid of poverty, and now the cattle have been multiplied to over a dozen after breeding. “We sold two of them last year, earning around 10,000 yuan ($1,473). We are disabled physically, but our days are great,” Ma told People’s Daily.

In the recent five years, China has accelerated the alignment of public service projects and standards between urban and rural areas. From 2016 to 2019, the country expanded its transfer payments to local governments from 5.29 trillion yuan to 8.39 trillion yuan, and offered preferential policies for central and western regions, former revolutionary base areas, areas inhabited by ethnic groups, remote and border areas and poverty-stricken areas, as well as the northwest. 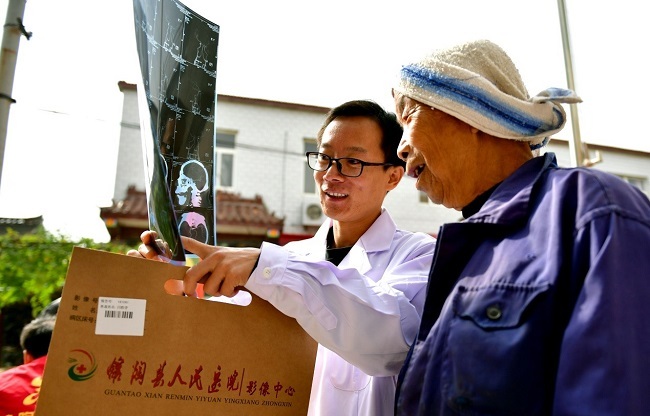 Wang Fei, a resident from Xuetang village, Xinyi, east China’s Jiangsu province, told People’s Daily that after Xinyi city introduced social capital to start an integrated urban-rural sanitation project in 2018, his village’s image has been completely changed, becoming cleaner and more beautiful. “We all cherish the environment, and are making great efforts to keep our village neat and clean,” he said.

Mao Ruimin, 55, from Guangfeng district, Shangrao, east China’s Jiangxi province, unfortunately became paralyzed 12 years ago. In 2016, Shangrao was selected as one of the long-term care insurance pilot cities, so the basic living guarantee of the disabled in the city is subsidized by local government, and there are also commercial insurance companies offering relevant services.

“I became more skillful care giver after joining free training sessions. He used to have a couple of seizures an hour, but now it has been three months since the last attack,” said Ji Qiuyuan, Mao’s wife. In addition, she can also receive an 800-yuan subsidy every month, the woman said.

To meet the diversified demands for public services of the people, China innovated its way of offering public services, paying more attention to the mobilization of social resources based on playing the guiding role of the government. It encourages enterprises and institutions to join the construction of infrastructure, offer professional services, pilot tax-deferred pension plan, and promote individual tax-preference health insurance nationwide.

With the coordination between government and market, the joint efforts of demanding and supply ends, as well as the effective alignment between basic guarantee and commercial supplementary insurance, the offering of public services has been steadily improved.