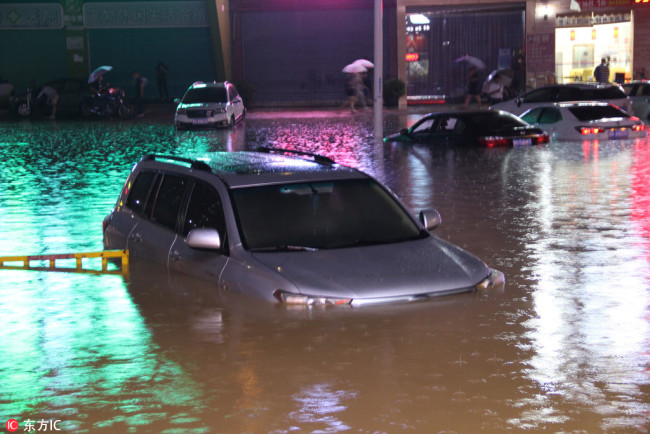 A special work team has been sent to the disaster area to provide guidance in disaster relief and the search for victims, according to sources with the MEM.

By Saturday, the rain has affected more than 1.23 million residents in 27 counties in the Pearl River Delta region and eastern part of Guangdong, inflicting direct economic losses worth over 1 billion yuan (147 million U.S. dollars).

Some 127,000 people have been forced to evacuate, according to local civil affairs authorities, with 43 houses toppled and 44,700 hectares of farmland damaged.

A MEM statement released on Sunday said that efforts must be made to prevent the happening of major production safety accidents and secondary disasters so as to minimize the losses of life and property.

To cope with the emergency, Guangdong provincial fire corps transferred more than 300 specialty clothes for rescue operations on the water to the worst-hit Shantou and had 100 fire fighters from Shenzhen stand by at 2 a.m. on Sunday.

By noon, the Guangdong provincial fire corps have rescued 7,089 people trapped by floods and helped 10,829 people transfer to safe areas.

Previous reports said that two people died in the torrential rains and another two were missing.