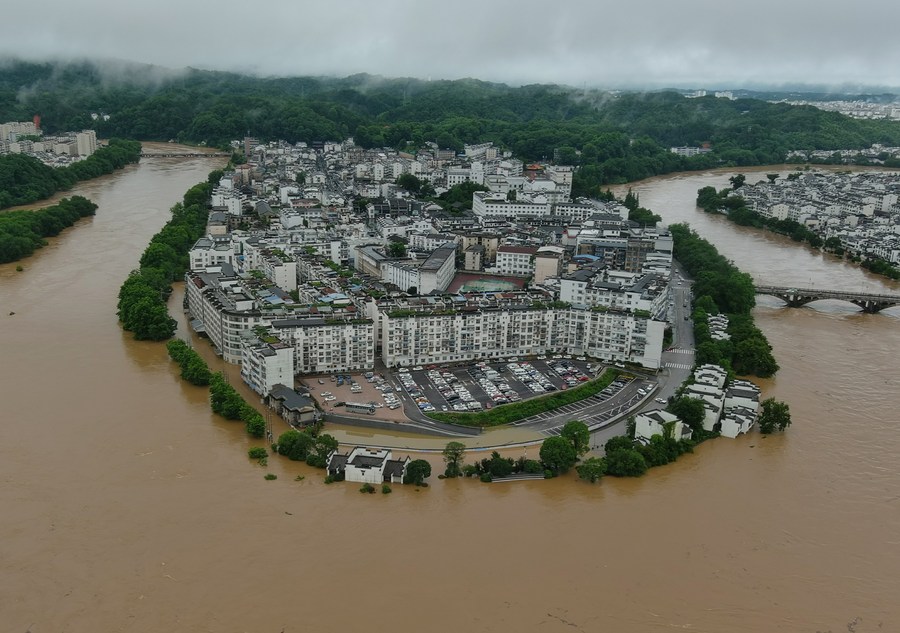 The ministry has urged local departments in the southern provincial regions of Guangdong, Guangxi and Hainan to strengthen monitoring and take precautionary measures against floods and mountain torrents.

Three working groups have been sent to these areas to guide local efforts to prevent damage from typhoons and heavy rainfall, said the ministry.

China has a four-tier flood control emergency response system, with level I being the most severe response.

Typhoon Chaba, the third this year, is expected to move northwestward at a speed of 10 to 15 km per hour and make landfall this weekend on the coast from east Hainan to west Guangdong, according to the National Meteorological Center.

From Friday to next Monday, typhoon-triggered gales and rainstorms are likely to hit most parts of southern China, the observatory said, urging precautionary measures against mountain torrents, geological disasters and floods.

The current supplies in downpour-affected areas are generally sufficient, Commerce Ministry Spokesperson Shu Jueting told a press conference Thursday, adding that smooth operation of the necessities market during the flood season will be guaranteed.