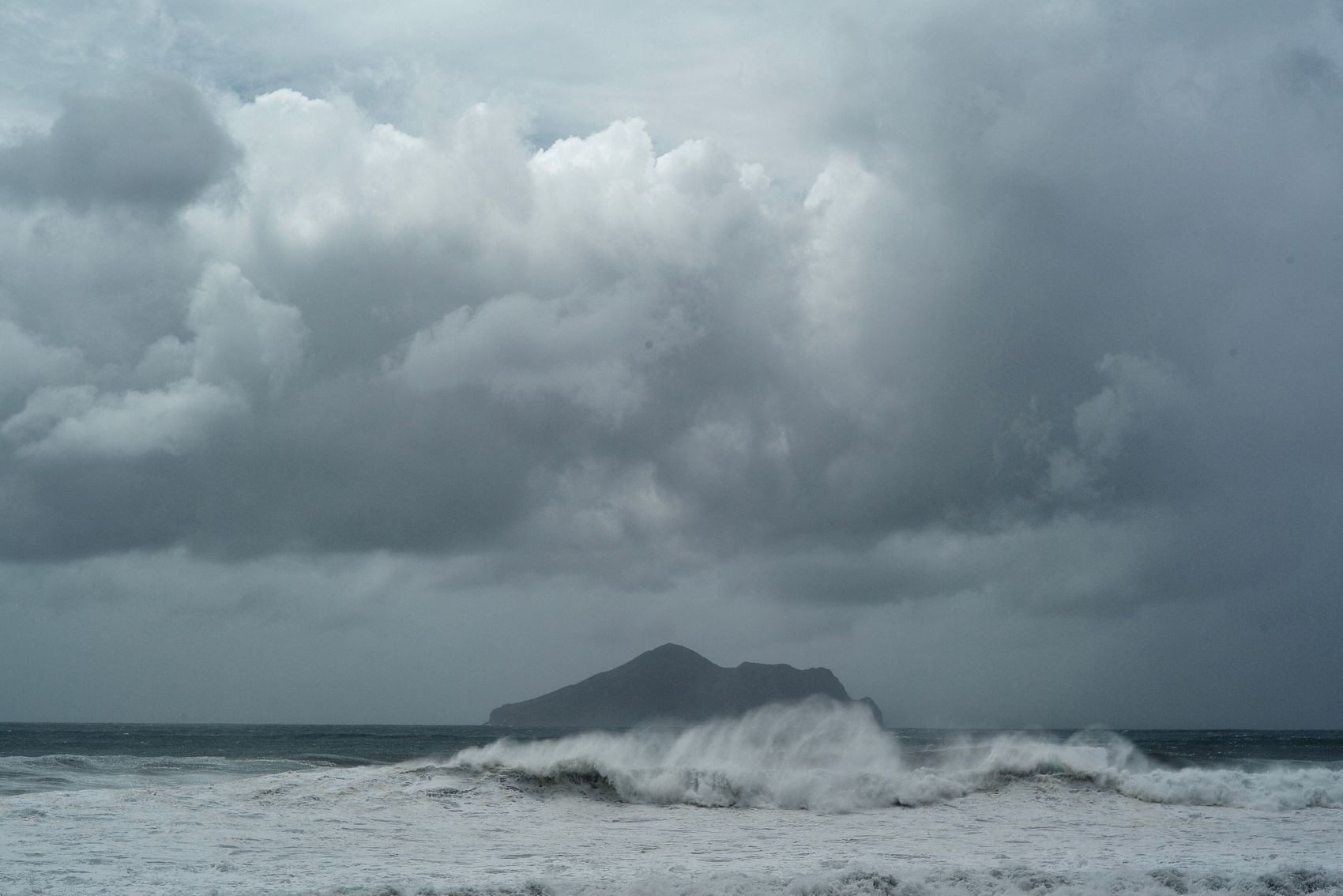 This picture shows dark clouds and large waves with Guishan island in the distance, taken from the city of Yilan, as Typhoon In-Fa approaches the northeast coast of Taiwan on July 23, 2021. (Photo: CFP)

BEIJING, July 23 (Xinhua) -- China's national observatory on Friday morning issued an orange alert for Typhoon In-Fa, which has become a strong typhoon and is expected to make landfall in east China's Zhejiang Province from Sunday afternoon to early Monday morning.

At 11 a.m. Friday, the center of Typhoon In-Fa, which means fireworks, was located in a coastal area approximately 640 km southeast of Xiangshan in Zhejiang Province, or at a latitude of 24.5 degrees north and a longitude of 125.3 degrees east, according to the National Meteorological Center.

It is moving northwestward at about 15 km per hour and gaining strength. In-Fa will bring rainstorms to regions including Shanghai, Zhejiang and Taiwan.