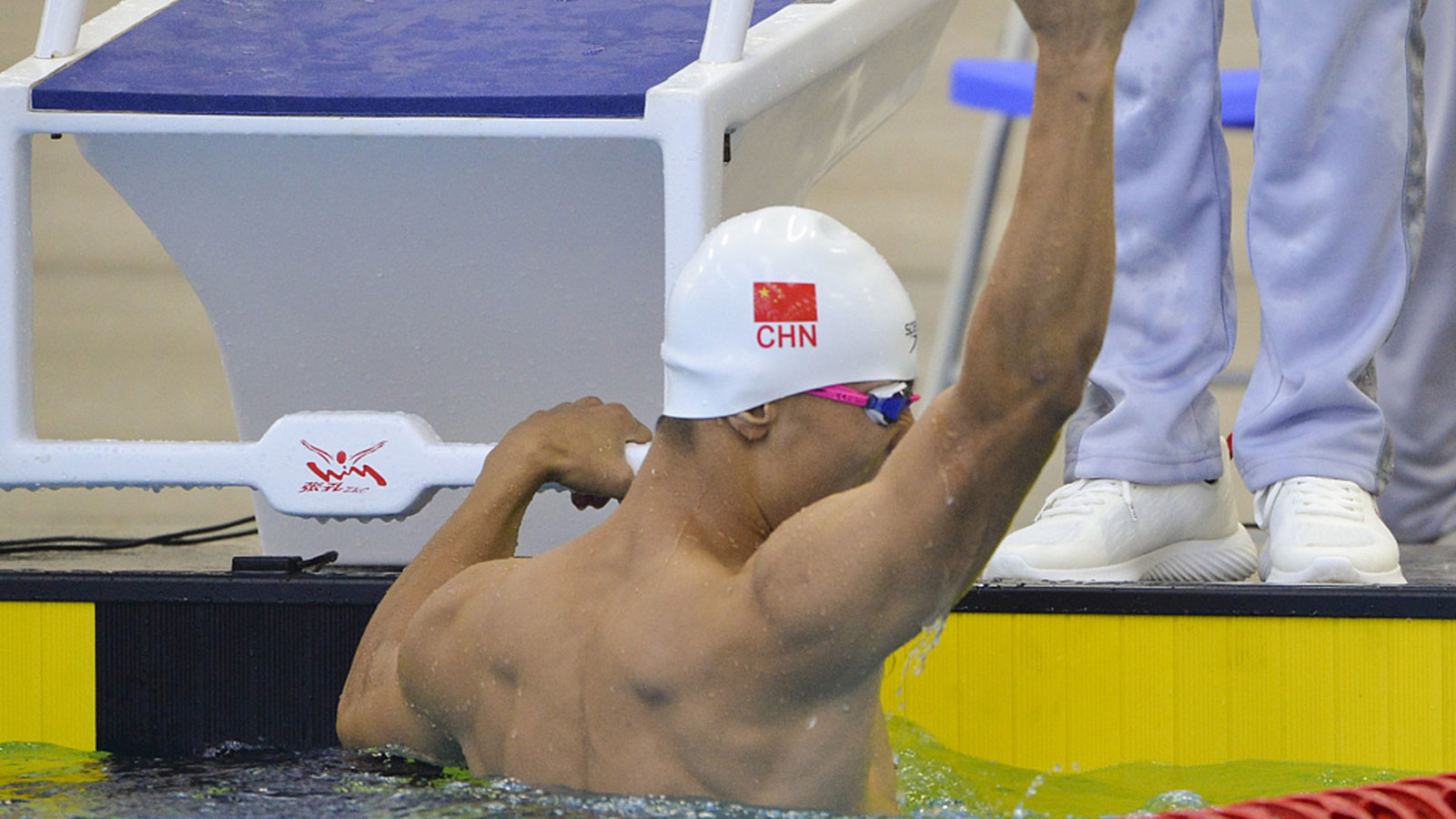 17-year-old Yang, and Zhu Menghui had one-two finish in the women's 100m freestyle, breaking military games record at the same time in 53.93s and 53.98s respectively. Both swimmers later joined the mixed team, partnering Ji Xinjie and He Junyi to win the mixed 4X100m freestyle in 3:26.04 for another new mark.

"I felt excited to swim here and fight together with my teammates. I want to test my limits and take more challenges," said Yang, who has won the 100m, 200m freestyles and three relays so far.

In a showdown between two Chinese, veteran Wang Shun edged Qin Haiyang in the men's 400m individual medley with a time of 4:10.13, 0.28 seconds ahead of Qin, both setting new record and which results could be awarded bronze medals at the Gwangju World Championships in July.

"It was a close race that Qin and I changed the lead in each 100 meters. I was lucky to fight until the last moment while it was Qin's first time competing the 400m IM. He did a great job," Wang said.