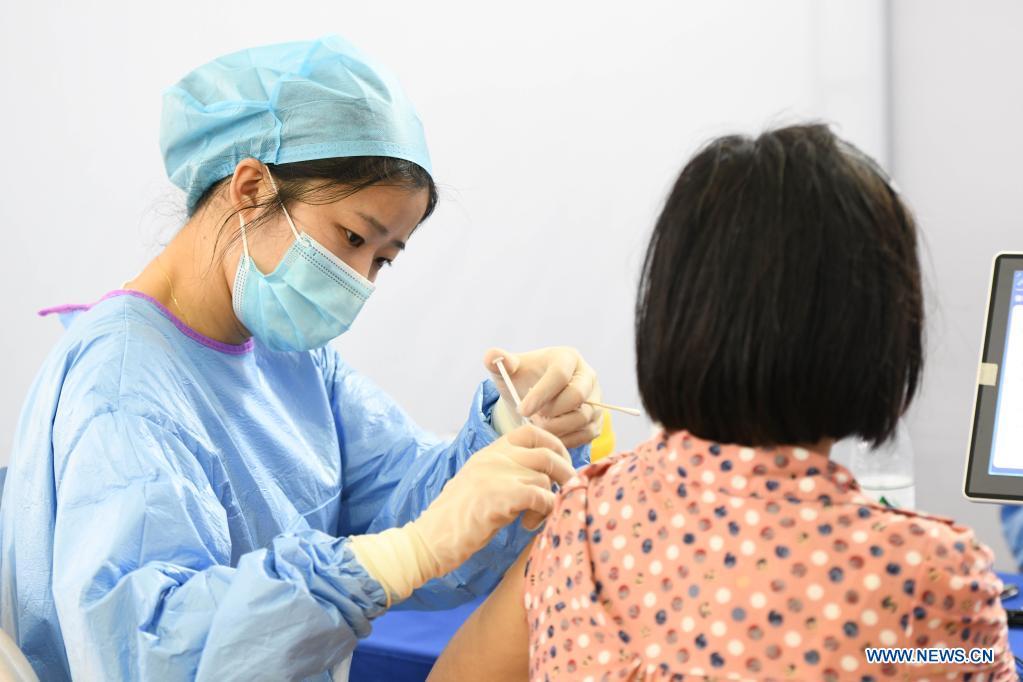 A woman receives a dose of COVID-19 vaccine at a vaccination site in Shushan district of Hefei, East China's Anhui province, May 15, 2021. (Photo: Xinhua)

China had administered over 1 billion doses of COVID-19 vaccines as of Saturday as it reached another milestone toward building herd immunity by the end of this year, data from the National Health Commission shows.

The country is now capable of administering 100 million doses in about six days, commission data shows.

Experts and officials have said that China, with a population of 1.41 billion on the mainland, needs to vaccinate about 80 percent of its total population to establish herd immunity against the virus. Beijing, the capital, announced on Wednesday it had fully vaccinated 80 percent of its residents aged 18 or above, or 15.6 million people.

Meanwhile, the country has striven to assist the global fight against the pandemic. As of earlier this month, it had made vaccine donations to over 80 countries and exported doses to more than 40 countries. In total, over 350 million vaccines had been supplied overseas, officials have said. Two domestic vaccines — one from the State-owned Sinopharm and another from Sinovac Biotech —obtained emergency use authorization from the World Health Organization, a prerequisite for joining in the COVAX global vaccine-sharing initiative.