CHANGSHA, Aug. 25 (Xinhua) -- China has been promoting a number of pioneering intelligent public transport systems in cities of Beijing, Shanghai, Changsha and Wuxi. 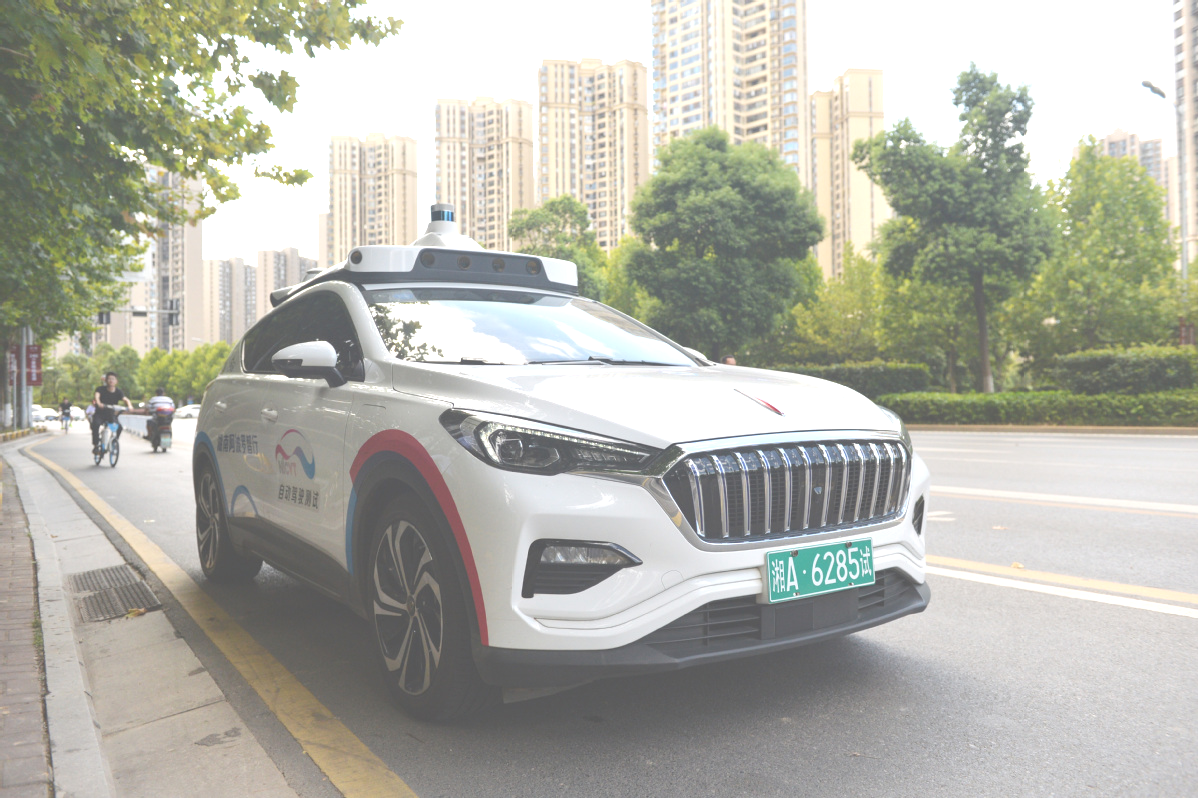 A self-driving taxi is parked on a street in Changsha, Hunan province, on Aug 6. (Photo: Xinhua)

As one of the demonstration areas, Xiangjiang New Area of Changsha, capital of central China's Hunan Province, has seen intelligent buses routinely plowing a stretch of 7.8 km long road with 11 stops in each direction.

On another intelligent line No. 315 launched in April last year, 10 self-driving buses have been commissioned on the 15-km route with 28 stops and 24 intersections along the way.

Shanghai has opened an 8.5-km intelligent public transport line in Lin'gang New Area, which has eight bus stops. Passengers can make appointments via cell phone apps for using intelligent buses which run clockwise for about 30 minutes on a single trip.

Though the smart public transport service is currently limited to selected areas, they have been tried in a variety of application scenarios such as residential communities, commercial areas and industrial parks to increase transportation efficiency and save fuel consumption.

The demonstration pioneers have been constantly fine-tuning and upgrading the systems while extending the mileage of safe operation, increasing the number of passengers, pouring investment in technology upgrading and infrastructure construction to cope with the demand for intelligent public transport.