HEFEI, Sept. 22 (Xinhua) -- China, the world's largest manufacturing power, is sharing the benefits of the country's manufacturing upgrades and huge consumer market with the world at the ongoing World Manufacturing Convention 2019.

The four-day event, held annually in Hefei, capital of east China's Anhui Province, brought together more than 4,000 representatives from over 60 countries and regions, including senior managers from global Fortune 500 companies, as it opened Friday.

A smart conference service system greets the guests and visitors at the convention, which can interact with intelligent real-time speech recognition and translation technology in five languages, including Chinese, English, French, German and Japanese.

A lot of fun tech is on display to give visitors a touch of the future, such as playing finger-guessing games with an intelligent mechanical arm and watching robots performing a sword dance.

"I am a bit old, but I don't want to be left behind by the world," said Wang Wenyi, 77, a local from Hefei, visiting the exhibition.

"More and more in the West, we can buy Chinese products of good quality and desirable brands," said Alan Smith, the British Derby City Council's head of economic growth.

Britain is this session's guest of honor with a national pavilion set up at the convention.

"We represent the U.K. here," Smith said. "We want to work cooperatively with China."

He said he visited a factory in Hefei prior to the event, where he had expected to see a lot of people making things but was surprised to see a lot of robots and automation. Employees are mainly positioned for supervising and examining the automated equipment.

"Big changes are happening in the world, and the best response is to be open, forward-looking and globally engaged," said Nadhim Zahawi, the British parliamentary under secretary of state at the Department for Business, Energy and Industrial Strategy.

According to the Anhui provincial bureau of commerce, British brands have a large presence in Anhui. More than 110 British companies have an investment in the province, including Unilever and Reckitt Benckiser.

"Unilever launched a production base in Anhui in 2002 in setting the first footprint in China. Its success has driven us to invest more in China," said Zeng Xiwen, vice president of Unilever North Asia.

The company established another two production bases in north China's Tianjin Municipality and southwest China's Sichuan Province in 2011 and 2013, respectively.

The Anhui plant has become Unilever's biggest and most advanced production facility around the world, said Zeng.

Luca de Meo, president of Spanish SEAT, said in the last decades, China has been seen as the world's factory. But now, more than ever, the world looks at China as a forerunner in R&D and connectivity.

The company reached an agreement in May with the German Volkswagen Group China and the Chinese auto manufacturer JAC, based in Anhui, to bring the Spanish auto brand of SEAT to China in two to three years.

Zhang Jian, head of the provincial bureau of commerce, said Hefei is a mirror of China's industrial transformation. 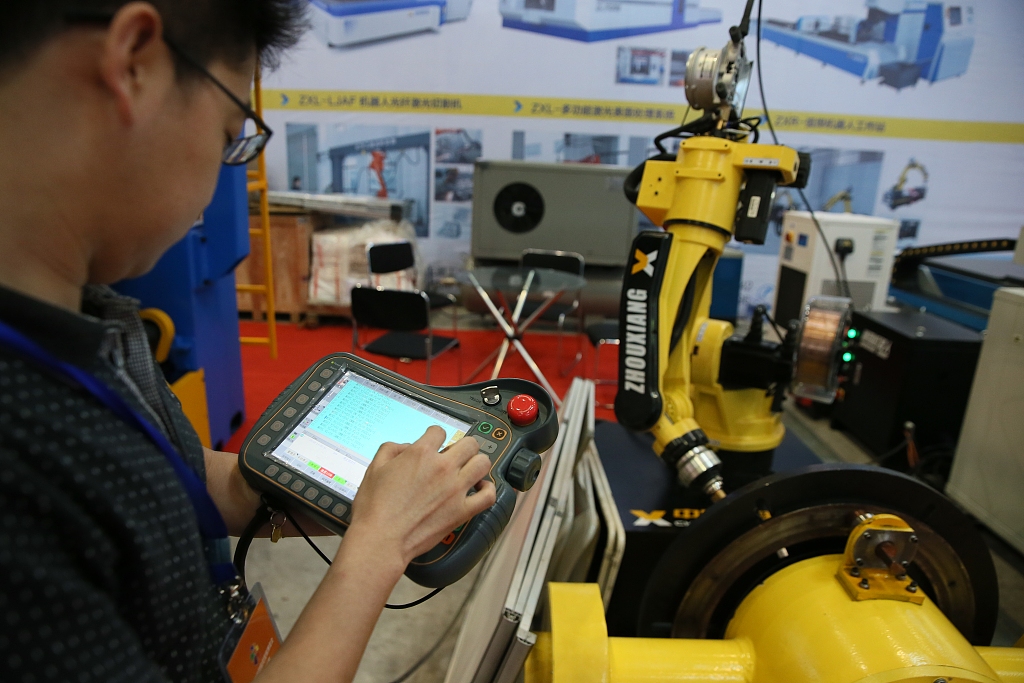 Once considered a rural backwater in east China, Hefei has become an emerging favorite for world manufacturing companies, which should be attributed to its focus on scientific research. It is home to over 1,000 scientific and research institutes with front-running achievements in artificial intelligence, quantum information and semiconductors.

IFlytek, information tech firm based in Hefei, which provides the smart conference service system at the convention, saw its smart hardware products earn 492 million yuan in revenue in the first half of 2019, a 47.8-percent jump from a year ago.

Chinese leaders have called on countries to seize the opportunities presented by the new round of scientific and industrial revolution, enhance the technological innovation capacity of the manufacturing sector, and promote changes in terms of quality, efficiency and driving force.

The organizing committee of the event proposed the five-point Hefei Initiative of the World Manufacturing Convention 2019, calling for upgrading manufacturing through innovation and intelligence technologies, making ecology and green manufacturing a priority, opening up and cooperation.

Business-matching activities for 600 projects are going on at the event, which also hosts summits, seminars and forums convening industrial insiders for insight on further upgrading the manufacturing industry and spearheading cooperation.

A total of 436 projects with investments of 447.1 billion yuan were inked at last year's convention. More than 92 percent of them had finished business registration by the end of July, according to the provincial bureau of commerce.